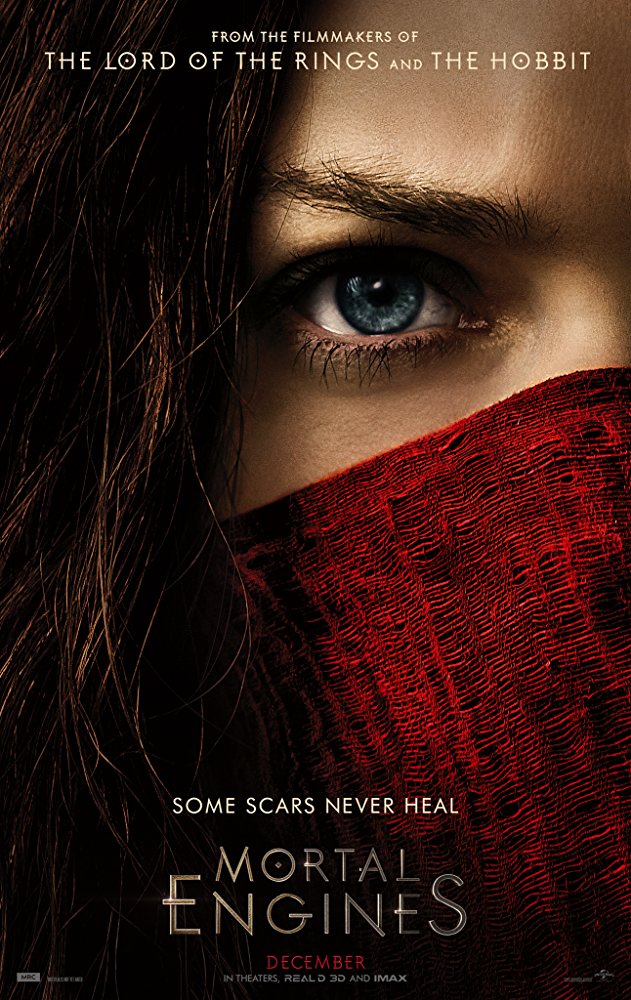 Plot: The "Sixty Minute War" decimated the Earth. The survivors now move about on massive mobile cities that traverse the desolate planet and, in order to gather the resources needed to continue on, larger cities overtake and consume smaller ones. -- Chris Kavan

An overly-ambitious, would-be blockbuster that has a fascinating premise and amazing effects, but is hampered by its dense plot mechanics and uninteresting casting. Both Robert Sheehan and Hera Hilmar are out of their league in trying to navigate this meandering epic. Hugo Weaving does better as the villain, as does Stephen Lang as terminator-esque zombie-bot and I really liked Jihae as the rebellious Anna Fang - but a few pieces cannot make a whole and Mortal Engines runs out of gas long before it ends.

Okay so I got a free screeing for this movie and I still left after 40 minutes the movie was beautiful no doubt but oh my God it was so slow moving it was torture and it didn't seem to be going along anywhere soon so I just gave up maybe I gave up too soon but I just didn't really see the need to stay and get tortured even longer.

Visually ambitious but hampered by clunky narration, MORTAL ENGINES is one of the few Y/A fantasy movies that seems to have too much plot going on for once. There's rebellions, reanimated zombie soldiers, nifty airships, floating cities, and yes the colossal mobile metropolises. The visual effects are incredible. The acting? A mixed bag.
Hugo Weaving is delightfully hammy as the villain and Stephen Lang is most memorable as the distinctive undead soldier Shrike. The two leads unfortunately are mediocre. Robert Sheehan at least on paper seems like an interesting casting choice as this gawky bookworm who learns how to be brave. But Hera Hilmar is too wooden to lead a $100 million blockbuster.
The action set pieces are suitably grand and massive in scale. The central conflict boils down …

No posts have been made on this movie yet. Be the first to start talking about Mortal Engines!