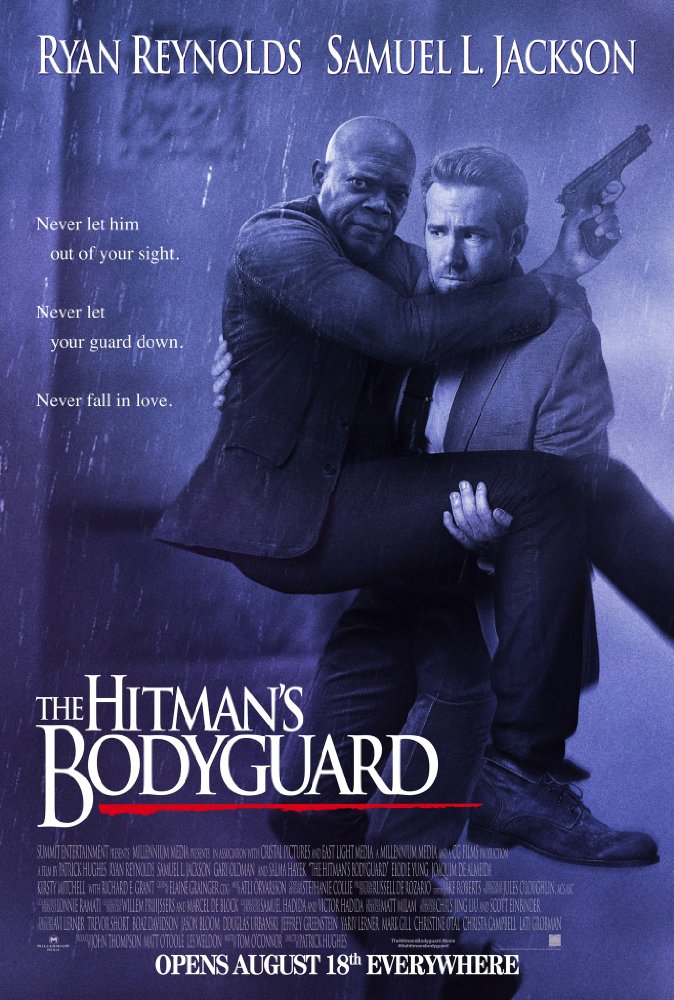 Plot: The wold's most respected and in-demand bodyguard finds himself with a new client - a former hitman who is looking to testify at International Court of Justice. But arriving on time turns out to be more difficult than planned and the two will have to learn together in order to survive and make it to trial. -- Chris Kavan

It's basically like the 1993 film 'The Bodyguard', but this time with two guys that sometimes go into gay territory. I don't have much to say about this, in all honesty. This is how I feel about a lot of movies recently. I just watch it and that's it, nothing else to say. I mean, there's some funny moments but the rest is either stupid or really bad. Ryan Reynolds and Samuel L. Jackson had decent chemistry at least, with one enjoyable scene with Salema Hayek. Gary Oldman is also there.

A fun little teamup between Samuel L. Jackson and Ryan Reynolds that is heavy on the cursing (because what else is Jackson good for?) and light on the plot (including both shoe-horned romantic subplots - though it is fun to see Salma Hayek kick some ass too). There is decent action, some tense moments and Gary Oldman chewing the scenery. A good way to pass the time if you like action/comedies.

Patrick Hughes displays improvement as an action director since Expendables 3. But he still makes mediocre action films. Aside from a boat chase and the overacting of Gary Oldman and Salma Hayek, this is a routine buddy action film. Granted, it's rated R this time and isn't afraid to show it off. But that's not enough. Ryan Reynolds and SJL are mismatched together.

No posts have been made on this movie yet. Be the first to start talking about The Hitman's Bodyguard!