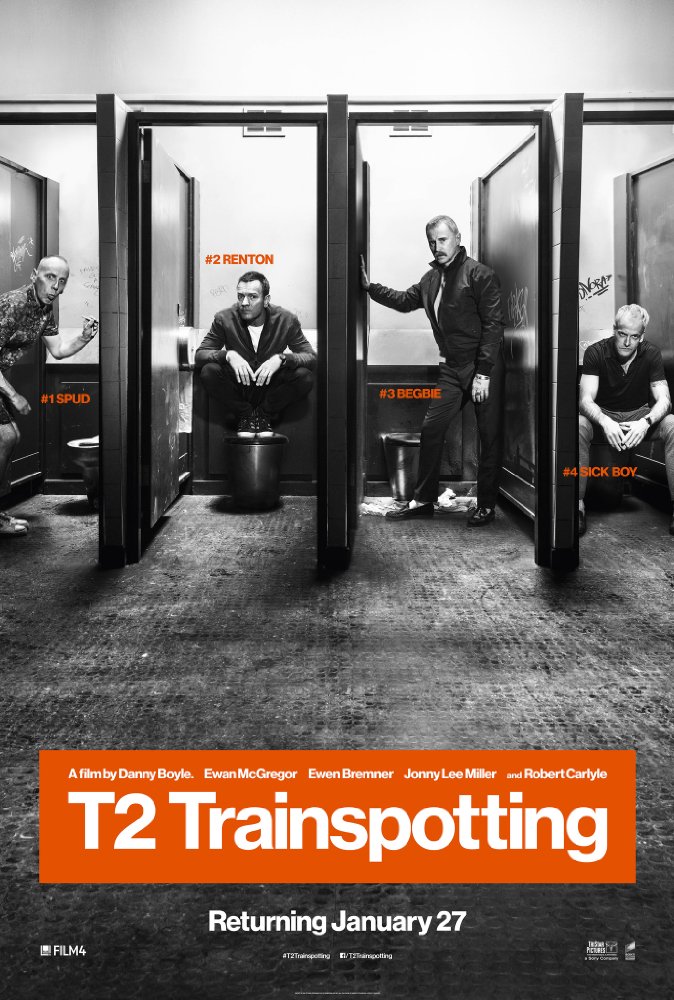 Plot: Mark Renton has spent the past 20 years abroad and is about to return home to Scotland where he will reunite with old friends Sick Boy, Spud and Begbie - and trouble is sure to follow. -- Chris Kavan

Just because the original "Trainspotting" was nihilistic, doesn't give "T2" the right to be so utterly pointless. A lot of effort was put into beautifully filming this ugly sequel.

"Trainspotting 2" is creative and absolutely bonkers coming from Danny Boyle. The whole thing is on speed, never losing heat. While not having a straight forward narrative that many will lose interest in. A sequel to a already brilliant movie seems unneeded, but I was along with the ride and enjoyed every minute of it. Good to see the old gang again. The soundtrack and ending was amazing by the way. It's the highlight of the film for me.

After a 20 year absence, Renton returns from Amsterdam after a near-death experience and falls in with the old crowd to continue their dysfunctional friendship.

Attempting a sequel to a zeitgeist film will always be a risky business but to those who grew up with the original, T2 provides an interesting insight into the cultural differences between the tension between the raw energy and optimism of the 1990's and the nostalgia-obsessed present. Essentially the film is the story of people who feel that all of their potential has somehow passed them by and are now cast adrift in Brexit Britain, and Danny Boyle uses the no-nonsense, "live in the now" pragmatism of young Bulgarian Veronica to throw this into sharp relief. T2 is not as laugh-out -loud funny as Trainspotting as it misses …

No posts have been made on this movie yet. Be the first to start talking about T2 Trainspotting!