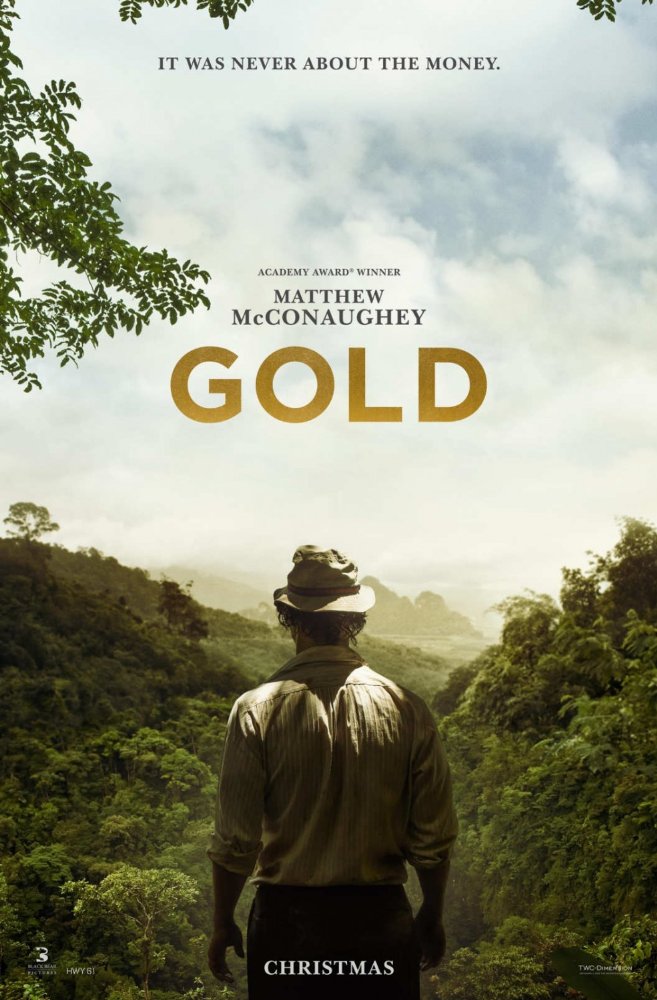 Plot: A modern-day prospector and hustler looking for big break teams up with his last hope: an equally luckless geologist in order to track down gold deep within the Indonesian jungles. -- Chris Kavan

I'd do a pun but the movie beat me to it.

So yea, expect no references to that other treasure hunting movie starring Matthew McConaughey, Fool's Gold (2008).

This quirky blend of comedy, adventure, and crime drama rests on Matthew McConaughey and his grotesque transformation to play the main character. And it works for the most part. Kenny Wells is a hapless desperate man who wants to become a successful prospector like his deceased father (Craig T. Nelson). He joins forces with a clever geologist named Mike Acosta (Edgar Ramirez) and they both aim to strike it rich in the jungles of Indonesia.
In these types of films, nothing is what it seems and so, not surprisingly, there's quite a few twists and turns throughout the story. If they fleshed out one final twist into the main focus, GOLD could have been a more interesting …

No posts have been made on this movie yet. Be the first to start talking about Gold!