A Cure for Wellness Movie Information 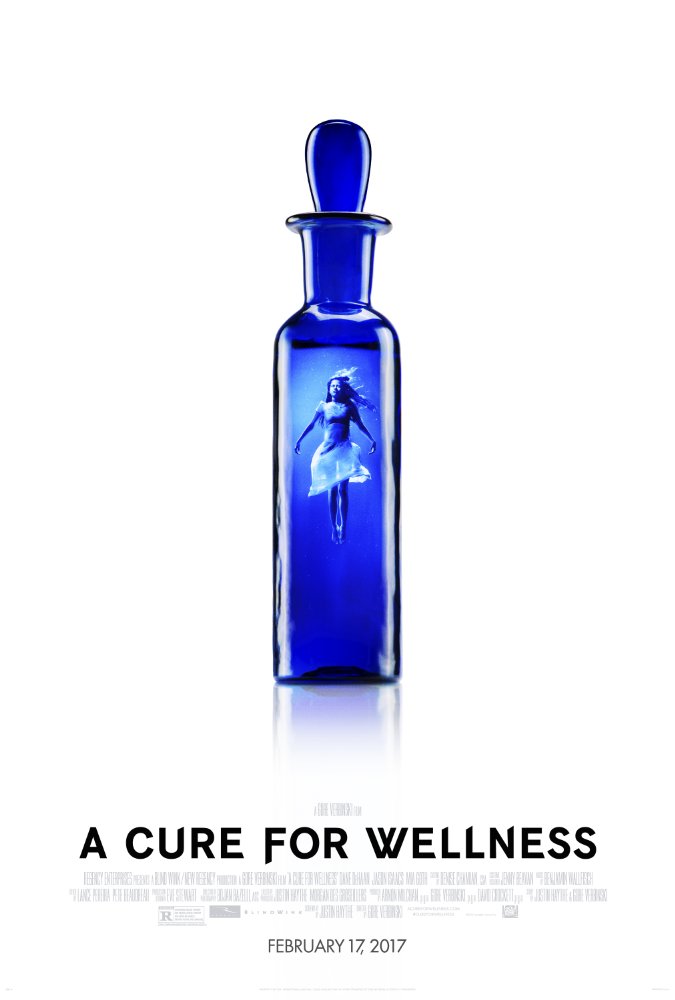 Plot: A young, idealistic executive is sent on assignment to retrieve their absent CEO from a "wellness center" located in a remote location in the Swiss Alps. Upon arriving, he can't shake the feeling that something is off about the spa's miraculous healing powers. But he finds himself shaken and questioning his sanity when he comes down with the same illness that keeps all the other guests there, hoping for a cure. -- Chris Kavan

Gore Verbinski makes the film look good - a creepy setting, the right atmosphere, hell, even Dane DeHaan is better than I've ever seen him - but the main issue I have is that the pacing is terrible. I think at least 40 minutes could have been cut and made for a much better experience. Otherwise this Gothic-lite tale is really good and effectively icky and deserves better than the reception is got at the box office.

Gore Verbinski takes a break from blockbusters to deliver a stylish and unnerving psychological horror film. The plot may be old-school gothic mystery claptrap but the camerawork and production values more than make up for the familiar trappings.
Dane DeHaan is solid as the ambitious every-man suddenly thrust into a sinister environment overseen by the diabolical doctor (Jason Isaacs) who runs the treatment facility located in the Swiss Alps. It is a well made film but what makes it watchable is the cat-and-mouse mind game played by Dane DeHaan and Jason Isaacs. Isaacs is easily the best part of this movie as far as the acting goes. It is a cliche 'mad scientist' bit role that becomes almost Oscar-worthy thanks to Isaacs' go-for-broke performance.
If the film has its flaws, the most …

No posts have been made on this movie yet. Be the first to start talking about A Cure for Wellness!