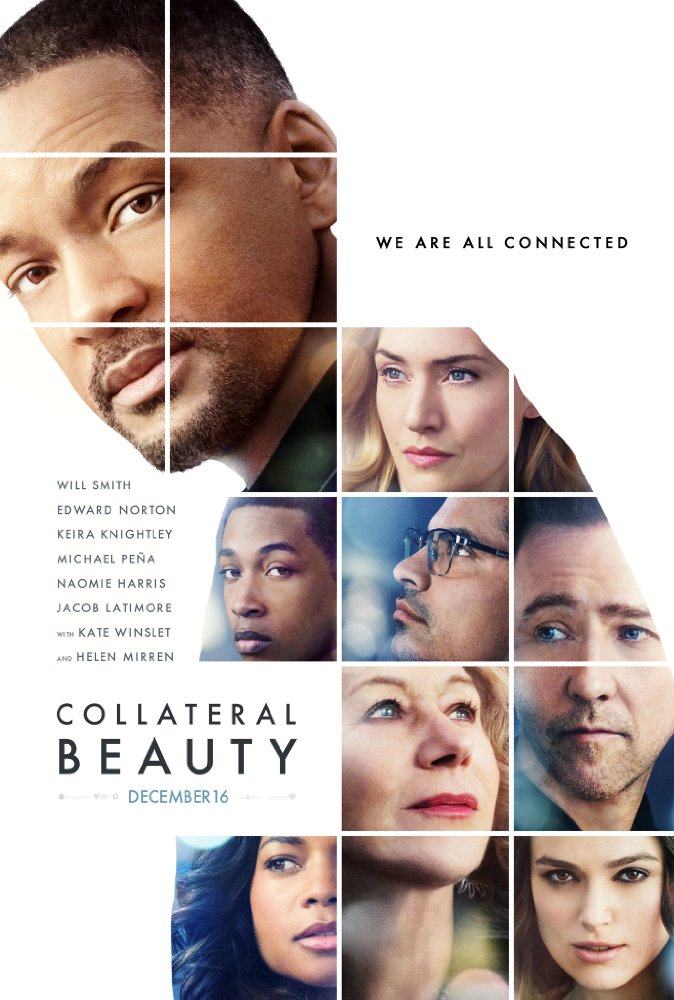 Plot: When a New York advertising executive is struck by personal tragedy, it sends him on a downward spiral of isolation and depression. Struggling to find a way to connect, his colleagues come up with a plan to send him on his own personal journey through letters, trying to confront some of the biggest questions life gives us. -- Chris Kavan

ritics claim it's utter crap. May I dispute this?

I'm afraid "Collateral Beauty" is just another film pulled along by a spiral of negativity among critics. Sometimes it happens that a certain opinion is being introduced and others use it as a guideline. Slogans such as "Atrocious cynical and tearful", "A tearjerker without value" and "Pretentiously hot air" appeared on my screen to my surprise. Admittedly, it isn't as peerless as "The pursuit of happiness". But it's not such a commercial nonsense as "Men in Black II" or as annoying as "After …

Remember when everybody said that "Gods of Egypt" and "Independence Day: Resurgence" are the worst movies of 2016. Well, along comes this turd.

When I saw the trailer for "Collateral Beauty", I thought it's going to be a modern day "A Christmas Carol". I mean, it looked like it could be an emotional movie, despite looking Oscar bait. It's not until I saw the movie and the actual plot.

Here the real plot: A successful New York advertising (Will Smith) executive suffers a great tragedy, he retreats from life. He goes to work and builds elaborate Domino sets then watches them collapse while he refuses to communicate with other people. His co-workers react to this by hiring actors to pretend to be Death, Love and Time so they can film him talking to them then editing them out the video …

No posts have been made on this movie yet. Be the first to start talking about Collateral Beauty!