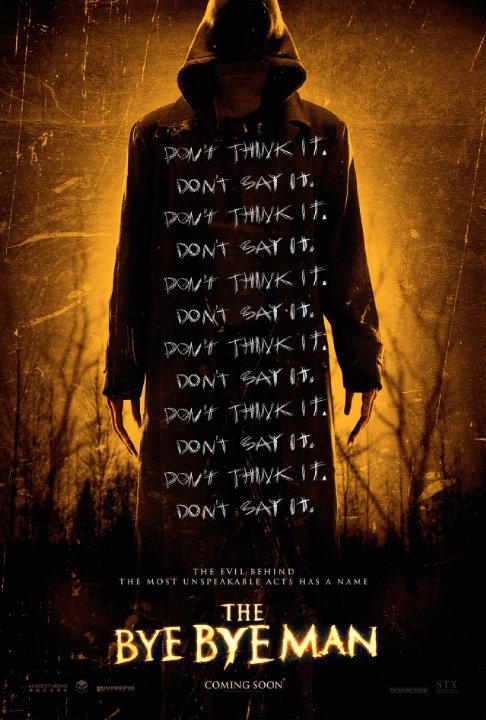 Plot: Everyday people commit acts so vile and terrible that they can only be described as evil. What if these acts are not a matter of what but a matter of who. Three college students will find out an urban legend is all too true and once the curse of the Bye Bye Man gets in your head, it may be too late to get away. -- Chris Kavan

Perfectly generic horror film that is based on a short story, but shares much in common with the Slenderman mythos. The main cast is disposable, and for reasons unknown they managed to get Carrie-Anne Moss and Faye Dunaway cameos worked in. The only reasonable actor is Doug Jones - who has made a great living out of playing monsters on the big screen. Only watch if you're really hard-up for horror.

Your bottom of the barrel mainstream horror film, "The Bye Bye Man" is perfect for superficial people who watch movies not to see something new, but something that's been done plenty of times before.

No posts have been made on this movie yet. Be the first to start talking about The Bye Bye Man!