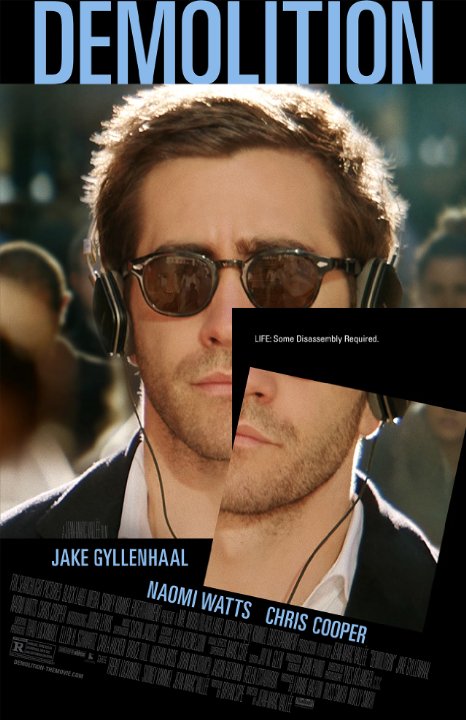 Plot: When a successful investment banker loses his wife in a tragic car accident, his life begins to unravel. After sending a complaint letter to a vending company, he begins a correspondence that becomes much more personal, catching the attention of a customer service rep dealing with burdens of her own. The unlikely pair form a connection that helps move on with their lives, even if it means tearing their old ones down. -- Chris Kavan

Nice acting but the story was all over the place.

A film about the grieving process of a successful businessman after losing his wife in a terrible car accident. This isn't exactly the right ingredient for an entertaining or funny movie. To be honest, it took me some effort to watch the whole movie. Actually, I wasn't eager to watch another metaphorical film full of symbolism with Jake Gyllenhaal. Something similar as "Enemy". It's like Davis himself says in the film : "For some reason, everything has become a metaphor". Just admit it. The next situation really sounds absurd. Someone gets the news of his wife's death, while sitting in the waiting room of a hospital. It was a car accident and he doesn't have a scratch on him. The first thing that …

'Demolition' is an unconventional drama/character study of one man's odd methods in coping with the loss of his wife. It's established early on that their relationship wasn't the most deep or meaningful, but it was far from being considered a failure. The central conceit of the story is present in the title - our main character becomes numb to his lost love and has to figuratively deconstruct his marriage by literally deconstructing everything around him. The metaphor is plain and simple, but that doesn't make it not worth understanding. The absence of grief after a traumatic experience is where the film starts. From here the story takes odd shifts; having him form relationships with other characters outside of this dilemma and revealing some surprising secrets much further on. …

No posts have been made on this movie yet. Be the first to start talking about Demolition!