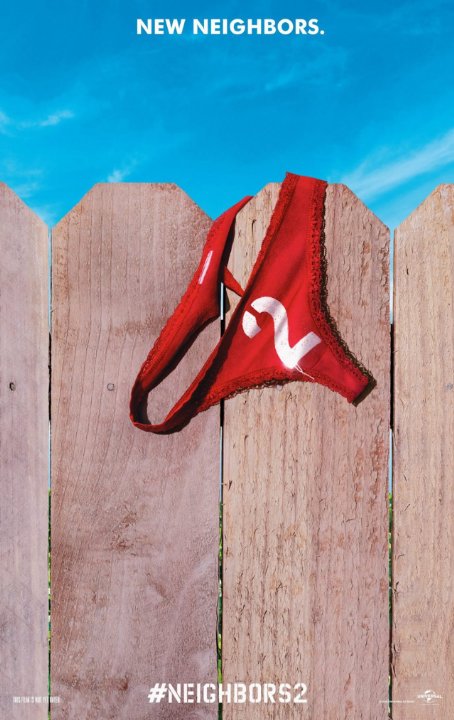 Plot: Mac and Kelly have survived the fraternity next door and are ready to take the final move into adulthood. But when a sorority takes over the vacant house, and turns out to be even more intolerable and depraved than the frat bros, they will have to enlist the help of Teddy to regain control. -- Chris Kavan

A lot funnier, but also a lot patchier than the original.

I didn't think this was as good as Neighbors myself, but it still had plenty of good moments and it actually manages to tackle some pretty serious subjects amidst all the laughs. The returning cast is just as good and ChloÃ« Grace Moretz and Kiersey Clemons make fine additions. If you want some solid laughs and don't mind the raunchy humor, this is a good choice.

'Neighbors 2' is in that rare league of comedy sequels which are actually worthy of their predecessor. The first âNeighborsâ was a fun, sketchy style comedy full of ridiculous gags that also managed to have some sweetness injected into itâs characters. The same can be said for âSorority Risingâ. I enjoyed both films about the same and even had the same amount of laughs. Itâs loose goofy nature gives off the right amount of fun, while balancing out with a hint of charm. The returning characters see some progression and the new characters follow a different arc than in the previous story. This time the sorority next door plays their pranks on a different level - and for different reasons. Thereâs an underlying theme of gender in-equality in colleges thatâs easy to …

No posts have been made on this movie yet. Be the first to start talking about Neighbors 2: Sorority Rising!