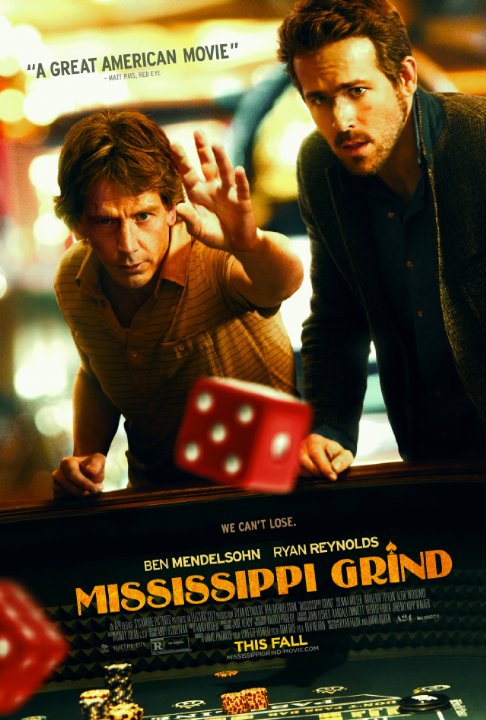 Plot: Gerry is out of luck and nearly out of money. In order to change his prospects, he recruits a young, charismatic poker player, Curtis, and the two go on a whirlwind tour of the South - hoping to win back enough to turn their luck around. -- Chris Kavan

Two gamblers different in personalities take a road trip. Thatâs basically it. The dramatic elements are more of a low key nature than high stakes. Ryan Reynolds and Ben Mendelsohn play ordinary people who are simply trying to elevate their position in life. The allure of gambling and its negative impact on oneâs personal relationships is quietly effective.

The trivial facts about Iowa Ryan Reynolds' character blurts out in one scene is about as interesting as this movie gets. Moving on.

The premise may have you thinking this is a buddy road trip drama/comedy of sorts, but you'd be wrong. Everything here is much more subdued and organically manifests from the two main characters. Reynolds and Mendelsohn perfectly portray two different types of gamblers that confide in each other for success. Neither is a completely good or bad individual, though they've both done some terrible things as a result of gambling. We grow closer to them on this trip. There's a raw compatibility and distance between the pair that makes the latter scenes of disdain really work.

Are you expecting to witness a brilliantly conceived plan that's used in a bet as in "Focus"? A breathtaking scene with Will Smith raising the stakes alarmingly and taking off with a shitload of money. Or do you think you'll see an "all or nothing" poker game like Matt Damon shows in the magnificent movie "Rounders"? Then I should inform you that you've backed the wrong horse. "Mississippi grind" looks more like a mix of "The Gambler" and "Wild Card". Just as Wahlberg in "The Gambler", Gerry (Ben Mendelsohn) is someone who should stop gambling, because clearly good fortune isn't on his side. And just like Statham seems his luck turns at the right time. But still. This slow and at times monotonous film feels differently.

No posts have been made on this movie yet. Be the first to start talking about Mississippi Grind!