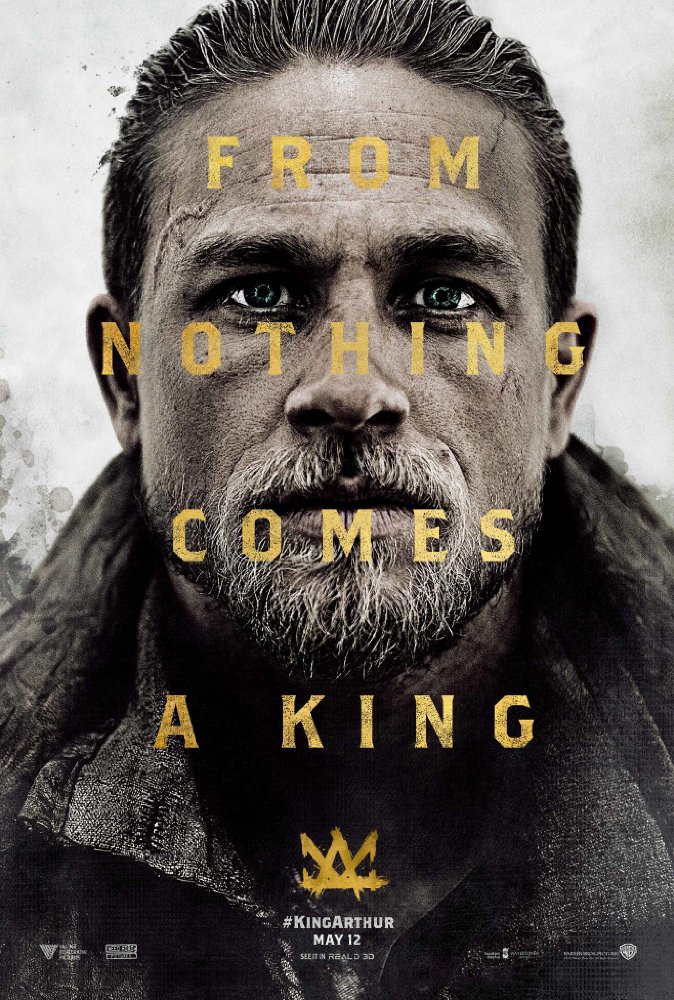 Plot: A young Arthur has grown up in the alleyways and backstreets of London, with no knowledge of his royal lineage until he does the impossible and pulls Excalibur - the Sword in the Stone. Forced in to his new role, he joins an underground rebellion, learn to utilize the power of his sword and unite the people against the dictator Vortigern - the man who killed his parents. -- Chris Kavan

Arthur Pendragon with a fohawk? Seriously?! If that's not ridiculous enough, Guy Ritchie's excessive styling is obnoxious and disorienting when applied to this already convoluted and poorly explained take on the classic fable.

A stylish retelling of the legendary sword. I liked how it explored different techniques and there's a variety of execution styles. Jude Law stood out.

The whole, "let's make this dark and gritty for no reason" reboot of classic stories isn't working. Guy Ritchie is all flash, no substance here. Arthurian legend is thrown out the window, instead with have Go-Pro street chases, no chemistry (I'm sorry, but Astrid BergÃ¨s-Frisbey was a poor choice all around) and actors that, frankly, look a bit bored. This was supposed to be the launch for a franchise, instead it's a reminder of how things can go terribly wrong.

I don't care about the criticisms. I liked it.

"How'd you get money from a Viking? I feel a joke coming on here."

Ever seen me excited before? Then you should have been there, when I was watching this movie. Perhaps because it's a movie that's being razed to the ground by the most appreciated film critics. How do they actually evaluate a movie? Do they use a minutely compiled questionnaire with a precise step-by-step plan to evaluate a movie? Armed with a decibel meter, lux meter and a comprehensive Wikipedia reference about the subject, so technical and substantive negligence can be spotted right away? I know, I know. Smart readers will of course immediately ask me the following obvious question: "Say wiseguy. What's the base of your judgement of a movie?". To be honest, I don't know. Is it a gut feeling? Or temporary insanity? …

No posts have been made on this movie yet. Be the first to start talking about King Arthur: Legend of the Sword!