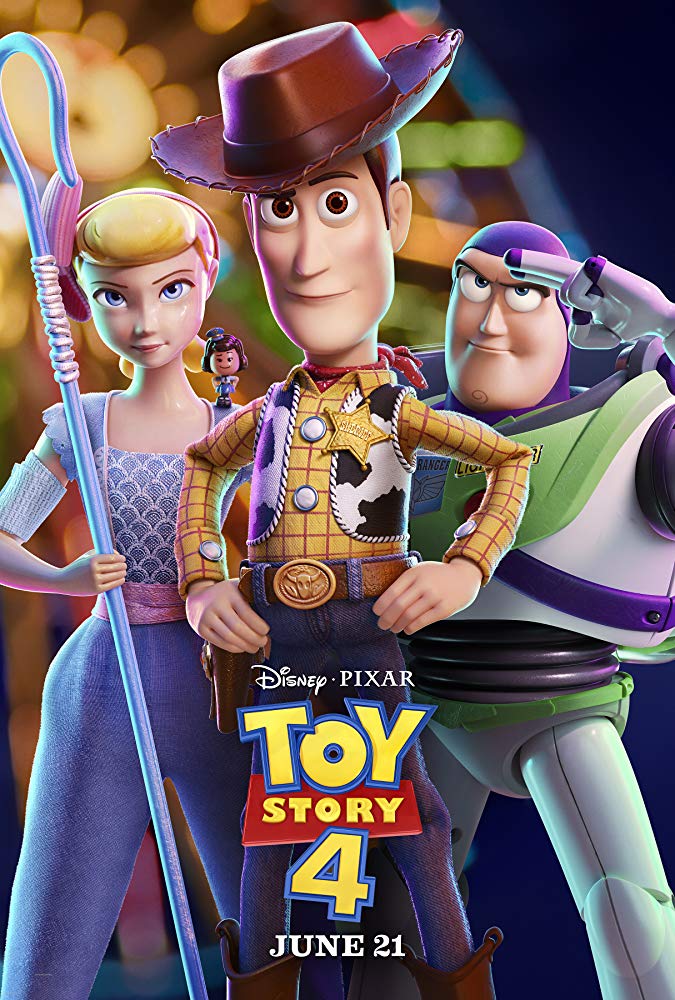 Plot: Woody, Buzz and the rest of the gang embark on a quest to track down Woody's love interest, Bo Peep. -- Chris Kavan

Even though its the fourth in the franchise, "Toy Story 4" feels incredibly fresh and further explores its signature themes of self-worth, purpose, and abandonment as well as new ones like coming to terms with change and learning to let go.

Knifey: âHow am I alive?â

âToy Story 4â is a lighthearted adventure that neatly wraps up the perfect character arc, which is light years better than the third, in my opinion. However, in spite of that, Iâm still questing why this fourth entry exist, because everything else is paper thin.

Lets start off with the merits: I know saying the animation is amazing isnât anything new when it comes to Pixar - a company thatâs constantly involving with every entry. Itâs the same with as saying âMeryl Streep is great in...â, type of situation but needs addressing ever time. I liked how beautifully polished every character and environment looked, which gave the movie a certain quality in richness. Thereâs a scene at the beginning involving …

UPDATE: The new look for Bo Peep has been getting some possible backlash by the âUsual suspectsâ
So I might have to lower my domestic Prediction a bit. It will perform terrifically overseas nonetheless.

My Say: Domestically, It will probably not gross as much as Toy Story 3, But with nearly a whole month without family oriented competition, Toy Story 4 should do terrific business for Disney.