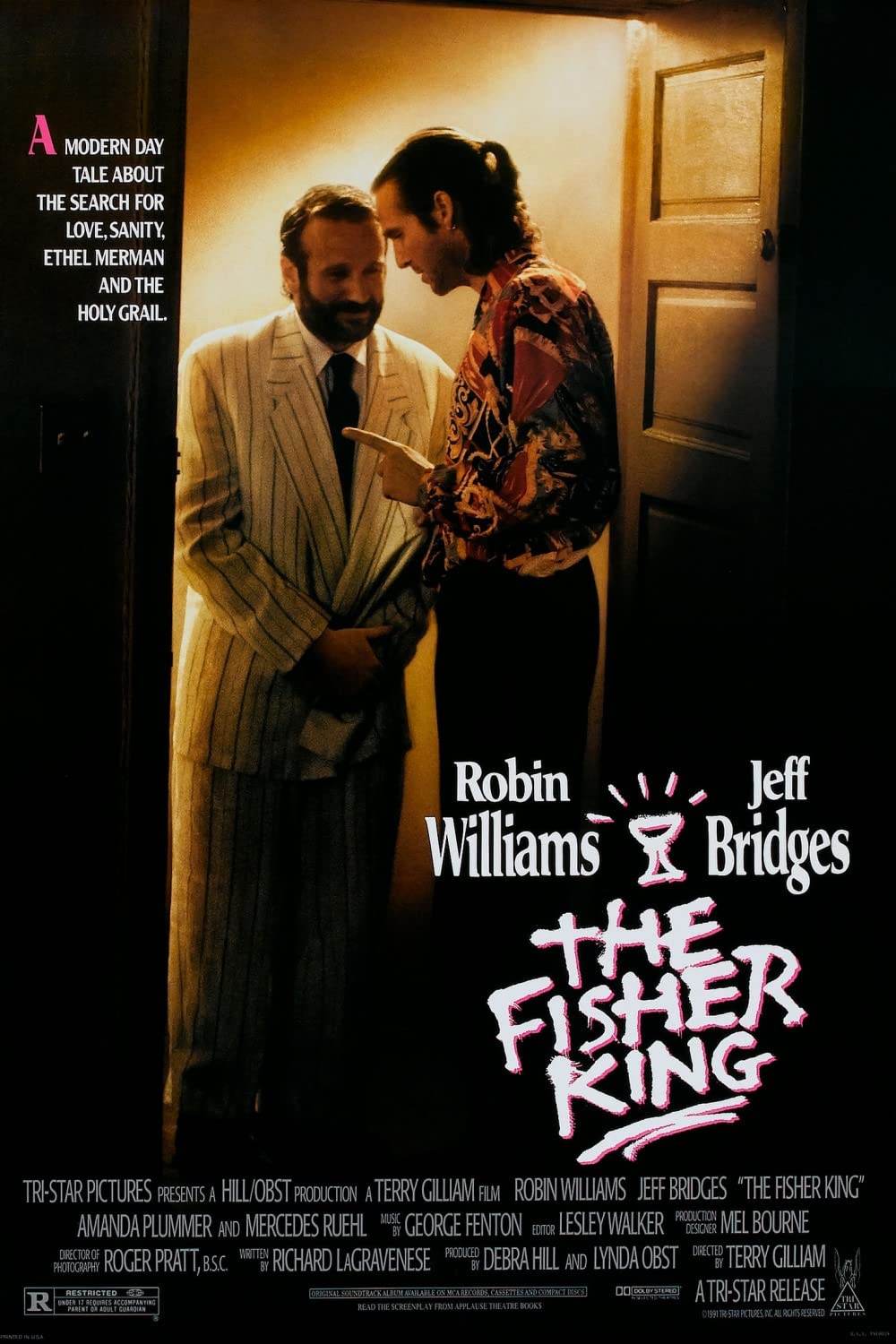 Plot: A popular radio dj debates taking his own life when he finds pleasure (which he denies) from helping a homeless man figure out his past and point him towards the future.

It's time "The Fisher King" is at last recognized as the masterpiece it is. Terry Gilliam's madcap farce about suffering and redemption is an odd invention, but it's surprisingly powerful, brilliantly acted, and contains two of the most original love stories ever seen on film.

"Life's too goddamn short." The holy grail, a popular film by the director, was mentioned by Parry (Robin Williams) character to Jack (Jeff Bridges). An odd but fruitful friendship ensues between the two. Soundtrack was fair though I've Got The Power was overplayed but the performances shine that makes it effective. Locations were well picked and utilized. Clever screenplay with lines: "Everything has its weakness." - Parry. "What does it all mean? - Cabaret singer. "Stranger things have been known to happen." "You do what you can with what you have." "Love conquers all." - Anne. Finally a Gilliam flick that can be enjoyed by this reviewer that makes sense coupled with better humor and superb acting from the talented leads. The Fisher King is a superb dramedy about …

"The Fisher King" by Yojimbo

An ex shock jock DJ whose flippant tirade caused a mentally unstable listener to go postal finds a chance at redemption when he encounters a delusional tramp who was one of the victims. Probably as a result of his problems in getting the bizarre and brilliant Brazil released by the conservative studio system, Terry Gilliam produced his most mainstream film to date; but it's only "mainstream" by his eccentric standards. The Fisher King could be categorized as a romantic comedy, but probably the darkest, most offbeat one you're ever likely to see! Jeff Bridges produces yet another brilliant performance as the suicidally disturbed DJ, and although Williams is occasionally his usual overbearing self, they do share some magical on screen moments together. I must also mention Mercedes Ruehl …

No posts have been made on this movie yet. Be the first to start talking about The Fisher King!