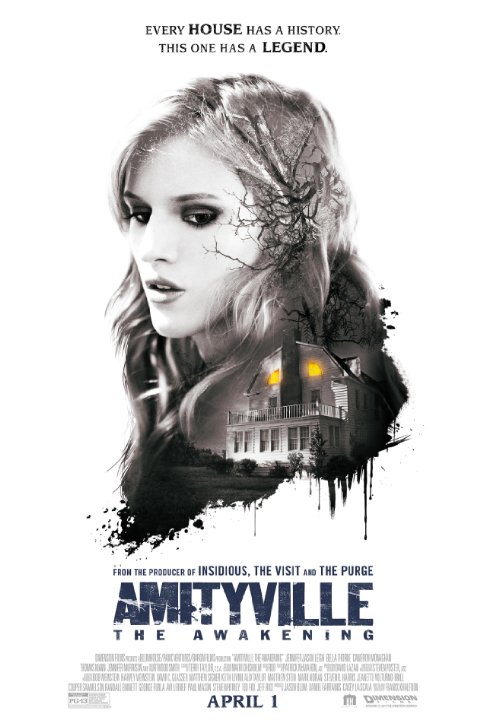 Plot: The cursed house returns as a single mother and her three children move into the seemingly normal abode without first researching its horrifying past. -- Chris Kavan

Put This Awakening On Snooze

After suffering though numerous delays, Amityville: The Awakening managed to sneak into very limited release and will survive mostly on home viewing (whether physical or streaming). I would like to think the film would have had a decent conventional release, if it had been released as originally planned, but instead it will be mostly forgotten - though I think they went with the smarter approach at this time, as things could have wound up like The Disappointments Room with a wide release that amounted to nothing.

It's too bad, as The Awakening has a solid cast including Jennifer Jason Leigh has a harried mother who finds a great deal on a big house, mostly to accommodate her son, James (Cameron Monaghan) who has been in a brain-dead, vegetative state for several years following an …

I'm surprised who ever did the release dates still bothered about this; it wasn't worth it, despite the several failed releases.

There is absolutely nothing new in this version and shouldn't have never been filmed in the first place. These movies literally butcher the real Amityville horror story to the point where it's no longer interesting. Why are there so many movies of this story?

The Amityville films got more sequels than "The Nice Guys" and "Dredd".

No posts have been made on this movie yet. Be the first to start talking about Amityville: The Awakening!