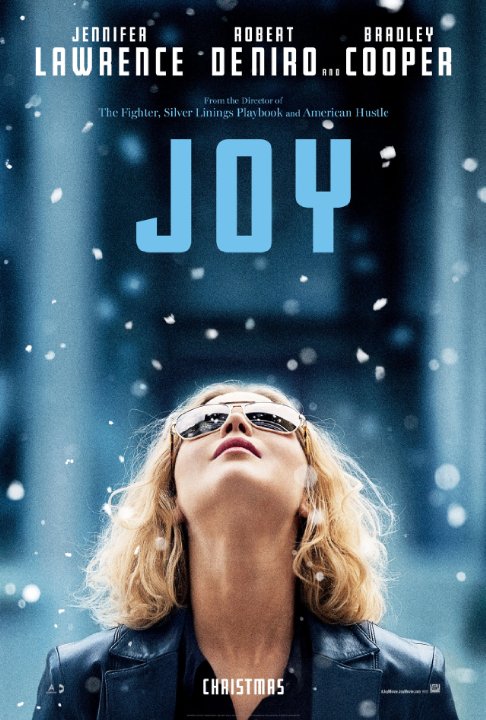 Plot: Based on the true story of Joy Mangano, a Long Island single mother who had to fight every inch of the way when she came up with the Miracle Mop - a self-wringing design that turned her into one of the most successful entrepreneurs in America. -- Chris Kavan

An encouraging message, but "Joy" feels like it should've been made for Lifetime.

While the film isn't a direct biography film, David O. Russell once again teams up with some familiar faces (Jennifer Lawrence, Robert De Niro, Bradley Cooper and more) to create a wonderful example of perseverance in the face of overwhelming adversity and despair. Yes, the characters can be a bit much at times, but overall Joy is a showcase of acting talent.

I had no idea that 'Joy' was based on an actual person before viewing. Despite that fact, it honestly doesn't feel much like a biopic at all. The story of this woman's hard press to success based on her many unused skills and determination played out in a satisfying matter. This felt very much in line with director Russell's last two films, in terms of style and the fact that half of the cast is the same. Everybody brought what was needed, especially Lawrence. She was convincing and commanding in the lead role (as usual), despite the fact that she still seems too young for the part. Most of her problems in life lie with her family. They've always been holding her back, and they continue to do so throughout the movie even after joining in her business ambitions. An annoyance to …

The story is about a Long Island single mother who had to fight every inch of the way when she came up with the Miracle Mop - a self-wringing design that turned her into one of the most successful entrepreneurs in America.

So I've just seen David O. Russell's new film "Joy" and it was pretty disappointing. This is coming from a guy who wanted this movie to be brilliant and it was on my most anticipated movie of December, but it sadly didn't live up to that exceptions.

You had no idea how much I wanted "Joy" to be a great movie and also how I wanted it to be David O. Russell's best film, because while I wasn't a big fan of American Hustle (after …

No posts have been made on this movie yet. Be the first to start talking about Joy!