Fantastic Beasts and Where to Find Them Movie Information 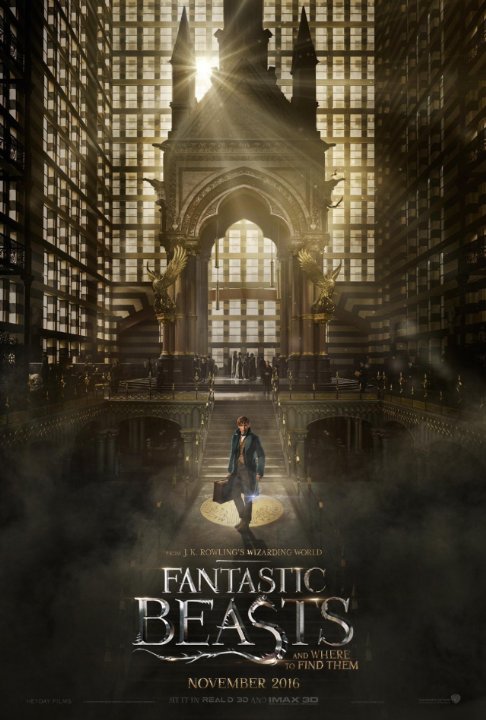 Plot: Based on the book by J.K. Rowling and set in the magical world: years before Harry Potter attended Hogwarts, writer Newt Scamander leaved secretly in wizarding community of New York. His real task, however, was to track down and collect information on the most interesting, and often vicious, creatures the world had to offer. This is his story. -- Chris Kavan

Not only will those who aren't familiar with "Harry Potter" lore feel left out, but "Fantastic Beasts" is so utterly lifeless that members of the fanbase might not like it either.

It had more false endings than The Return of the King but overall it was very enjoyable. It was nice to get excited for something Harry Potter related again.

The Harry Potter movies might be finished but the magic lives on in this charming spin-off with just as long a title. Eddie Redmayne plays the eccentric wizard Newt Scamandar who collects and cares for exotic magical creatures. But once arriving in 1920s Manhattan, they escape and he must enlist the help of a hapless baker (Dan Fogler) and two plucky sisters (Katherine Waterston, Alison Sudol). These four main characters are all interesting and work well together, adding a lot of heart to the plot. There's appearances by Colin Farrell as a sinister villain, Samantha Morton as an anti-witchcraft crusader, and Ezra Miller as a troubled boy with a secret past.
Despite the odd presence of these darkly drawn supporting characters, the story is lighthearted and recaptures the whimsical …

"Fantastic Beasts and Where to Find Them" is a cute, funny, and enchanting film that I had a lot of fun with.

It doesn't cheat itself by using nostalgic or references to win you over. It manages stands on it's own feet and give us a fresh look of the wizarding world. That's the biggest praise I can give to this movie, as you can watch this without any acknowledgment of the Harry Potter films and you still know what's going on. I know fans will embrace this spin-off and rightly so.

Eddie Redmayne was excellent as Newt Scamander. He's likable, engaging, and has a very distinct personality. The same goes to Dan Fogler as Jacob Kowalski who isn't the annoying sidekick that I thought he was going to be. He added a lot to this film, which is the laughter and heart to the story. Come to …

Fantastic CGI and How to Harness It

The Harry Potter series has been one of the most lucrative for all parties involved. It was only a matter of time before the studio decided to go back to the wondrous wizarding worlds that J.K. Rowling brought to life. Even though Fantastic Beasts has little source material to go by (a slim bestiary written for charity), Rowling herself has written the screenplays for this new franchise - one that is now expected to span five films - and, I'm happy to say, things have gotten off to a good start.

The world of Fantastic Beasts is set 70 years before the events in Harry Potter and, for the first time, we get to see how magic is handled in America as Newt Scamander (Eddie Redmayne) sets foot in New York City with a case full of magical creatures. Scamander is a Magizoologist - that is, a …

No posts have been made on this movie yet. Be the first to start talking about Fantastic Beasts and Where to Find Them!