The Fast and the Furious Movie Information 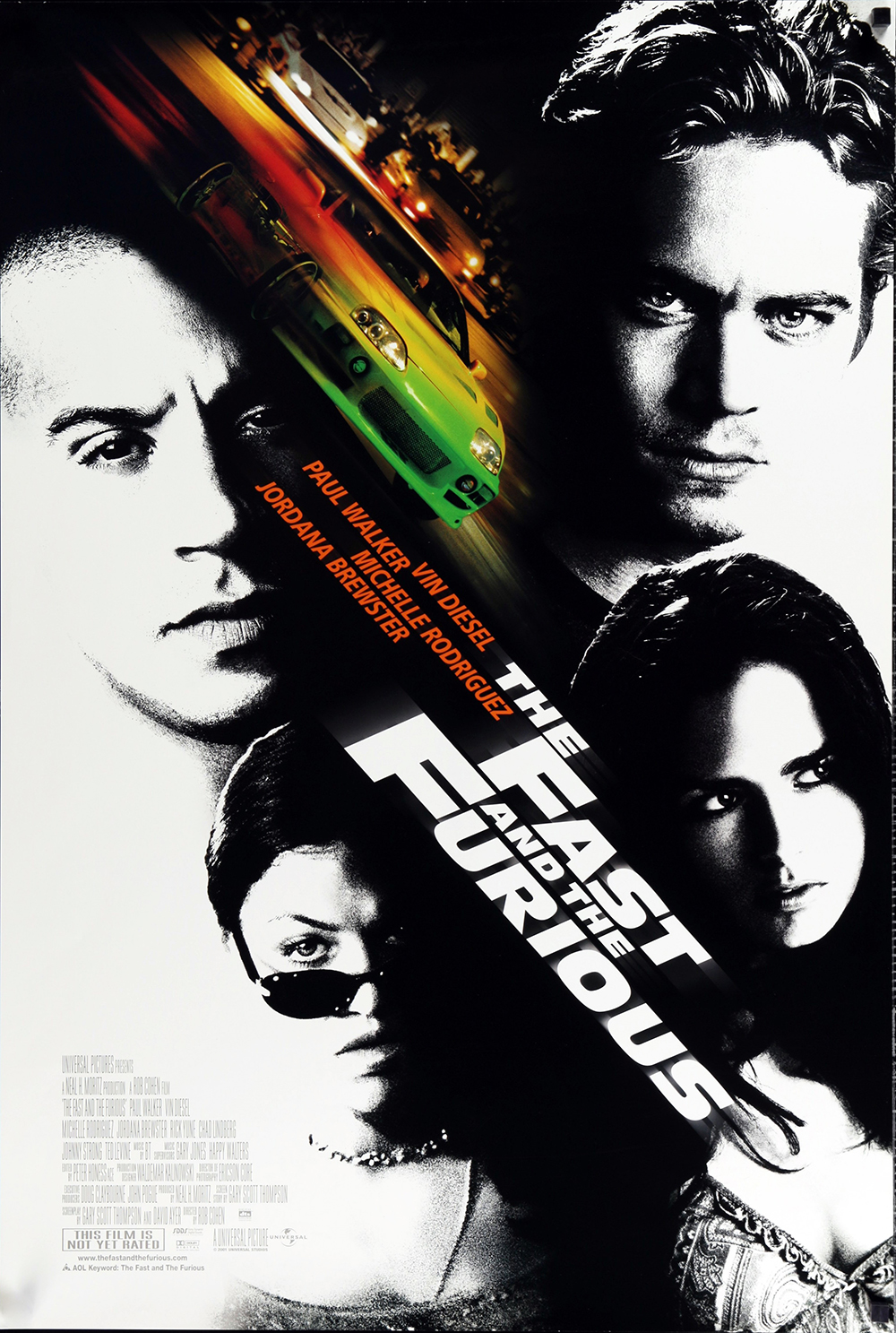 Plot: An undercover cop tries to catch a criminal by becoming part of the underground racing circuit.

A crowd pleaser for undemanding action fans and car enthusiasts, but people expecting plot-oriented coherence will be unimpressed.

Complete rip-off of Point Break, only with the surfer gang being replace by a gang of street racers. From there the plot is identical. A young detective must infiltrate the gang, show his prowess in this hip new sport, and basically act as the logical half to Vin Diesel, which the movie is based around marketing to the intended audience.

A cheesy teenage action flick with cars and chicks.

"The Fast And The Furious" by Yojimbo

Strong but silent tough guy Vin Diesel's life is the envy of every frat boy; by day he bonds and butts heads with white men who call each other "dawg" and say things like "aiight" and "sup?", by night he races flash cars with every racially stereotypical homie in the "hood" followed by all-night parties full of Baywatch extras who will get it on with each other on demand. Then along comes Paul Walker to throw a 3/4 inch torque wrench into the works by being torn between his duties as undercover cop and loyalty to his new playmates. It's easy to take the piss out of the plot of this kind of formulaic actioner, but at least it included one, unlike the similar but even more lame-brained Gone In 60 Seconds. It uses the usual Hollywood devices of having "good" bad guys (ones who have a good, …

The Fast and the Furious review

"I live my life a quarter mile at a time. Nothing else matters: not the mortgage, not the store, not my team and all their bullshit. For those ten seconds or less, I'm free." The film that made a star out of Vin Diesel. LAPD officer Brian O'Conner (Paul Walker) goes undercover and befirends Dominic "Dom" Toretto (Vin Diesel) and meets Brian also meets Letty (Michelle Rodriguez). Music was upbeat, the plot was simple, cast did a decent job and the cars were just gorgeous. The street races, girls and cars are a sight to look at, this pop corn flick was a thrill ride. Overload of characters, a few dull drama and a somewhat disappointing conclusion. Action sequences were good and pace just sufficient to keep you glued.

No posts have been made on this movie yet. Be the first to start talking about The Fast and the Furious!