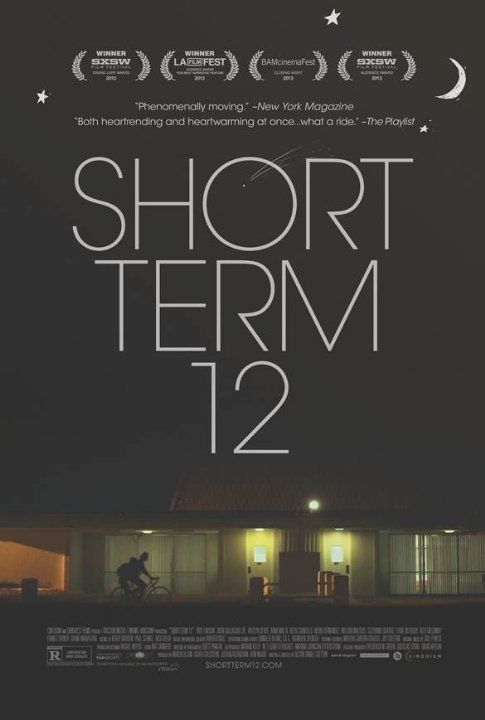 Plot: A 20-something works as a supervising staff member in the foster care system and she navigates this world while also dealing with her co-worker, and longtime boyfriend. -- Chris Kavan

Not an easy film to watch or fully comprehend, but "Short Term 12" is a drama film as eye-opening as it is painful.

Destin Cretton's remake of his pretty fantastic short film (available on the Short Term 12 Blu-ray) falls marginally short in certain regards, but it definitely delivers an interesting story and engaging characters brought to life by Brie Larson's remarkable lead performance. Emotionally, the film never quite reaches the heights that it wishes to achieve, so in the end certain aspects feel a little bit dry. However, it's saved by the fantastic writing, sharp direction, and strong performances. Short Term 12 is a good gem well worth watching.

"All of those days became so short". the movie is about a supervising staff member in the foster care system and she navigates this world while also dealing with her co-worker, and longtime boyfriend. This movie to me has a lot of things that could be better but the movie has great characters and good cast. But at times the movie went a bit slow for me and the movie felt short at the end... in my opinion.

'Short Term 12' is an amazingly sincere and heartfelt drama. It effectively captures honest portrayals of less fortunate youth. Every character is immediately identifiable and their emotional struggles carry a heavy, realistic weight. Having a main character who has experienced as much pain as those she cares for adds even more to the authenticity. It's rare that a film this small and intimate can reach such dramatic compelling heights. That's not to say this film is in any way depressing or emotionally draining. In fact, it's mostly the opposite. The amount of compassion and light, tender moments bring the right balance of upbeat nature to the material. The story breaks your heart, then mends it through positivity. The success of this film is entirely based on the fact that it …

An inquiry of tenderness.

If there is a singular word to define this movie and all it has to offer, then it's 'natural'.

I love it when I struggle to begin a review, looking for the right words and struggling to process an interlude to a lot of praise aimed at a particular film. Because it reminds me of the warm state this extraordinary film left me in.

Pitching one of the greatest screenplays I have seen in years, Short Term 12 warmed my heart to the highest degree, and involved me in its story as a viewer like no other film of last year has.
The acting is superb, shouting authenticity and cleverly jointed one-liners and irony around every corner. The ways these actors worked off each other makes it hard to believe that anything in this movie was even scripted.

The direction blends the perfect amount …

No posts have been made on this movie yet. Be the first to start talking about Short Term 12!