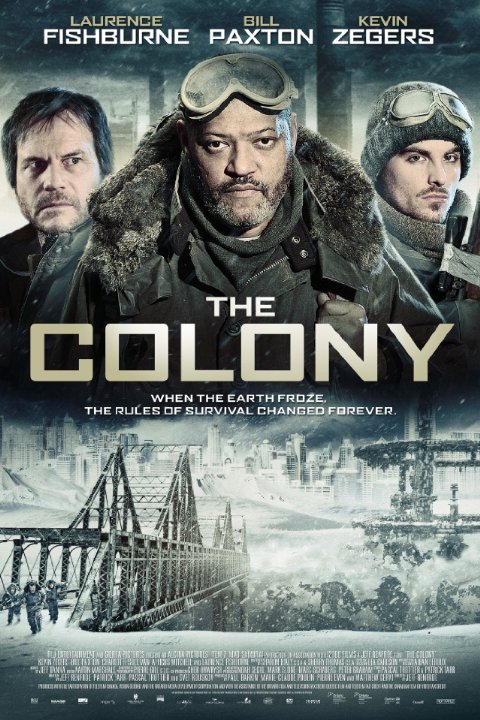 Plot: After a man-made ice age forces the survivors underground, a distress call requires one outpost to trek back to surface and what they find is a force more savage than nature. -- Chris Kavan

"The Colony" by Yojimbo

Humanity is in the grip of a new ice age and struggles to survive in a series of resource-starved underground bunkers. One such colony receives a distress call and a small team set out to investigate. The Colony is a low budget Canadian production bolstered by the star names of Laurence Fishburne and Bill Paxton. It's a near-future sci-fi that plays out like a frozen Mad Max story in which a group of desperate survivors are besieged by a savage hostile force. The effects are decent enough, the direction and cinematography reasonably atmospheric and Fishburne's charismatic presence adds weight to the story, although it is sorely missed whenever he is not on screen. The "made for TV" feel combined with the premise of a group of ordinary people forced to survive in a hostile environment …

No posts have been made on this movie yet. Be the first to start talking about The Colony!