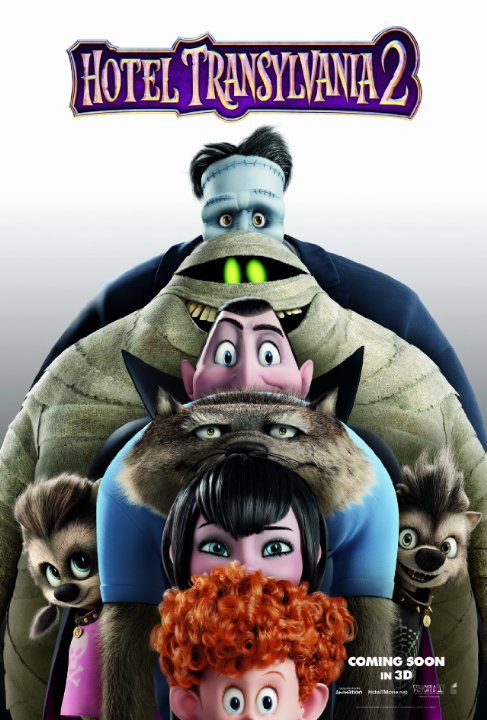 Plot: The insanely old-school Vlad (as in centuries old-school) arrives at the hotel for a family reunion where he will come face-to-face with the modern age. -- Chris Kavan

It has some funny moments, but this sequel is a lot thinner than the first.

The Hotel Transylvania movies are the only Adam Sandler films that I didn't feel dead inside.

More of the Same

'Hotel Transylvania 2' is an incredibly consistent sequel. It'd be identical to the first 'Hotel' if the stories weren't different. I enjoyed the look and feel of the original. The characters are fun and the film is a zany, fast-paced ride. The humor and story were just too 'middle of the road' for me. I had much the same experience with this one. That said, I actually prefer this story and humor more. There seems to be more jokes and more attempt at a stronger character arc. It's still an average hit-or-miss affair on both fronts, but I was a bit more engaged this time. I think it was mostly due to the new character Dennis. He acts so much like a real kid at times. And he's just too cute. Reminded me of Boo from 'Monster's Inc.'. The third act (mainly finale) devolves into …

No posts have been made on this movie yet. Be the first to start talking about Hotel Transylvania 2!