Dumb and Dumber To Movie Information 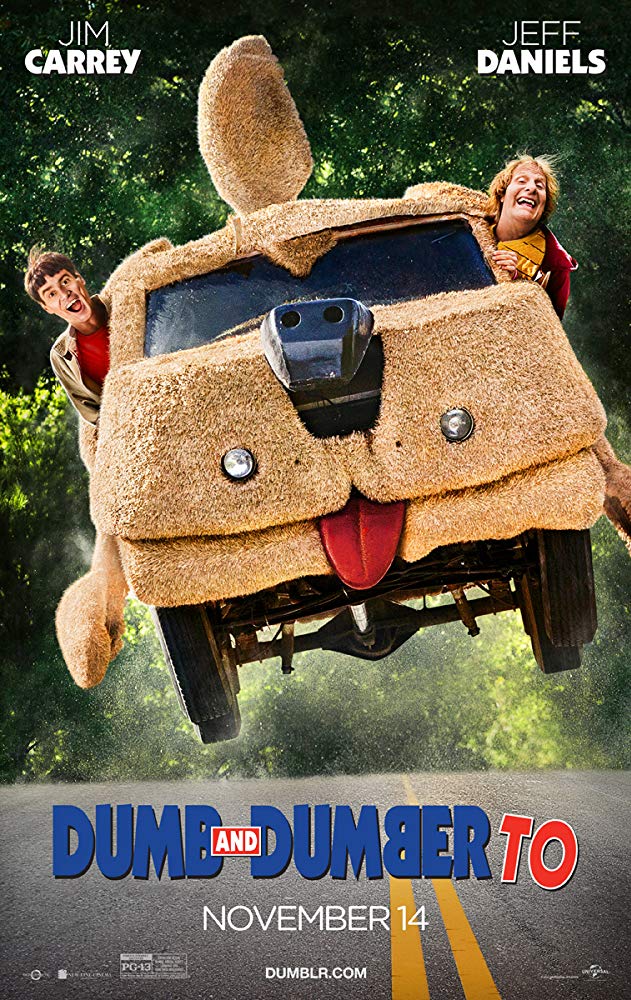 Plot: It's been twenty years, but Lloyd Christmas and Harry Dunne are finally back together and are on a new quest: to track down a long-lost child in the hopes of gaining a kidney. -- Chris Kavan

silly annoying not very funny and embaressing , jim carey hasn't been funny for years and he is just embaressing himself now. its ok to act like a idiot 20 years ago but now its kinda sad to see two grown men act like idiots and try to be funny when its just mostly not funny./

Still 'Dumb', After All These Years

A sequel to my all-time favorite comedy arriving twenty years later. I was skeptical after seeing the trailer. I was fearful this would end up not being worth the wait. Though, not terrible, it's still a lackluster, continuation. The story/plot don't matter much. It's a throwaway endeavor only used to string together different comedic situations. Many callbacks are made to the first. Some warranted and some not. There's a joke every few seconds, but not all worked for me. It's very hit-and-miss. The jokes that hit are funny. They just come few and far between. Carrey and Daniels confidently return as likable dumb duo Lloyd and Harry. They bring doses of enjoyment to the film and make the mediocre elements more forgivable with their inept performances. People who love the …

"You can cross that one off your bucket list".

Harry's Dad: "We loved you, Harry".
Lloyd Christmas: "They loved you long time".

The film is about are two main character's Lloyd Christmas and Harry Dunne back together and are on a new quest: to track down a long-lost child in the hopes of gaining a kidney.

Jim Carry and Jeff Daniels return to their roles and it's like their never left, because both of them did …

No posts have been made on this movie yet. Be the first to start talking about Dumb and Dumber To!