Plot: A teenager who is confined to his parents home due to house arrest develops a habit of spying on people when he notices a girl and a possible serial killer as he tries to convince those around him what he witnesses.

Despite the many cliches and lacking the craftsmanship of something like "Rear Window," it manages to just reach its mark as a paranoia driven thriller.

The movie is about a teenager who is confined to his parents home due to house arrest develops a habit of spying on people when he notices a girl and a possible serial killer as he tries to convince those around him what he witnesses. This movie is like rear window but in modern day time, The acting is pretty damn good and the thriller is totally on the edge of your seat.

I enjoyed this film because it's half comedic and half terrifying. I liked that it took its time getting to the real chills; I felt like that the filmmakers were confident with the material they had so it all worked. Even though some of the romantic scenes were a bit corny for my taste, it was still enjoyable in an addicting bubblegum pop kind of way. Before the final sequences, I felt like I could relate to the characters and I ultimately cared what would happen to them. Shia LaBeouf was an excellent choice as the lead because he's goofy yet charming. I also enjoyed Aaron Yoo's role as the sidekick. Sure, it's got "Rear Window" written all over it but it's well done. It's nice to have a modern "Rear Window," if you will, because times have changed. I could actually write an essay about …

When Kale Brecht (Shia LaBeouf) was put under house arrest, he knew his life was going downhill. But now, when he sees the opportunity to take down a possible killer, he decides to take the risk in âDisturbia.â

LaBeouf has a knack for choosing the worst movies to be in. I believe heâs a fair actor, but he doesnât show off his skill enough to prove it to anybody. Then again, heâs a young star, so I donât expect him to only take the good roles, especially when moneyâs involved.

I was amazed by the crewâs ability to stick some sort of product placement into every single scene in this film. I didnât even think it was possible to sell so many things in one movie. They even through in a mention of YouTube, which will be confusing a couple generations down the road, … 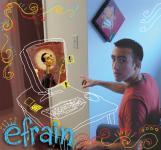 Technology is awesome: you can Skype a friend in Italy while IMing a pal in Chile and texting your brother to pick up a pizza on his way home. This disconnected connectedness is a running commentary in âDisturbiaâ, a humorous thriller starring Shia Labeouf (upcoming âTransformersâ or âHolesâ).

The bad news: âDisturbiaâ is predictable, doesnât bother with loose ends, and is simply a cyber smoothie of Hitchcockâs âRear Windowâ and Joe Danteâs âThe Burbsâ. Not that thatâs a bad thing, though. Labeouf is a hilarious talent with acting chops that could make him the next Tom Hanks. Is thatâs the greatest achievement an actor can make? No, Iâm just saying.

Labeouf is Kale, a troubled teen who after an angry outburst (he socks his Spanish teacher in the …

No posts have been made on this movie yet. Be the first to start talking about Disturbia!