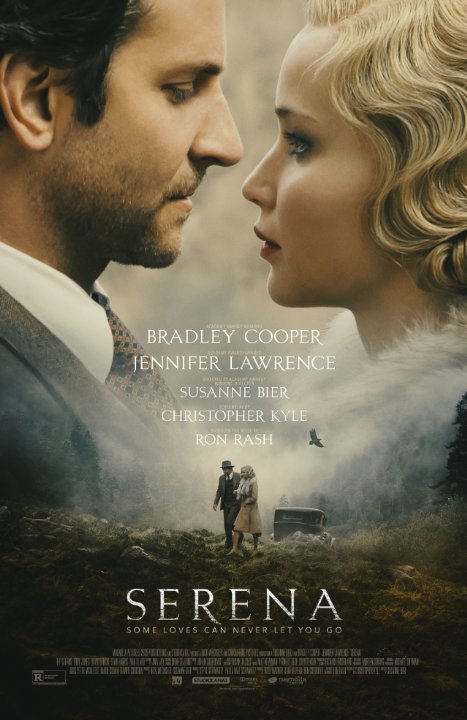 Plot: During the Great Depression, a North Carolina timber magnate finds his empire in flux when he learns his wife cannot bear children. -- Chris Kavan

Ambitious and it looks expensive. But it's narratively uneven. Jennifer Lawrence is alluring as the Shakespearean femme fatale. Unfortunately Bradley Cooper isn't that good here. His character is too stubborn yet strangely naive to be taken seriously. I'll admit it starts out interesting but slows down by the second half.

A Misfire of being a great movie

Talking about a big backfire this movie was, I mean just wow.

The story is about (Bradley Cooper) and his fiercely independent, entrepreneurial-minded wife Serena (Jennifer Lawrence) following a devastating miscarriage. A woman who isn't afraid to speak her mind and relishes the opportunity for manual labor in the forest, the enigmatic Serena subsequently grows intensely jealous of the woman who previously bore her husband a son, and quickly begins to unravel over suspicions that Pemberton is sheltering his illegitimate family.

Okay every year you always get that early Oscar Buzz in about I don't know February or March, of films that are not even out yet but people predict it's going to be great just by some little photos or the 20 sec trailer for the film. Movies like Jersey Boys, …

No posts have been made on this movie yet. Be the first to start talking about Serena!