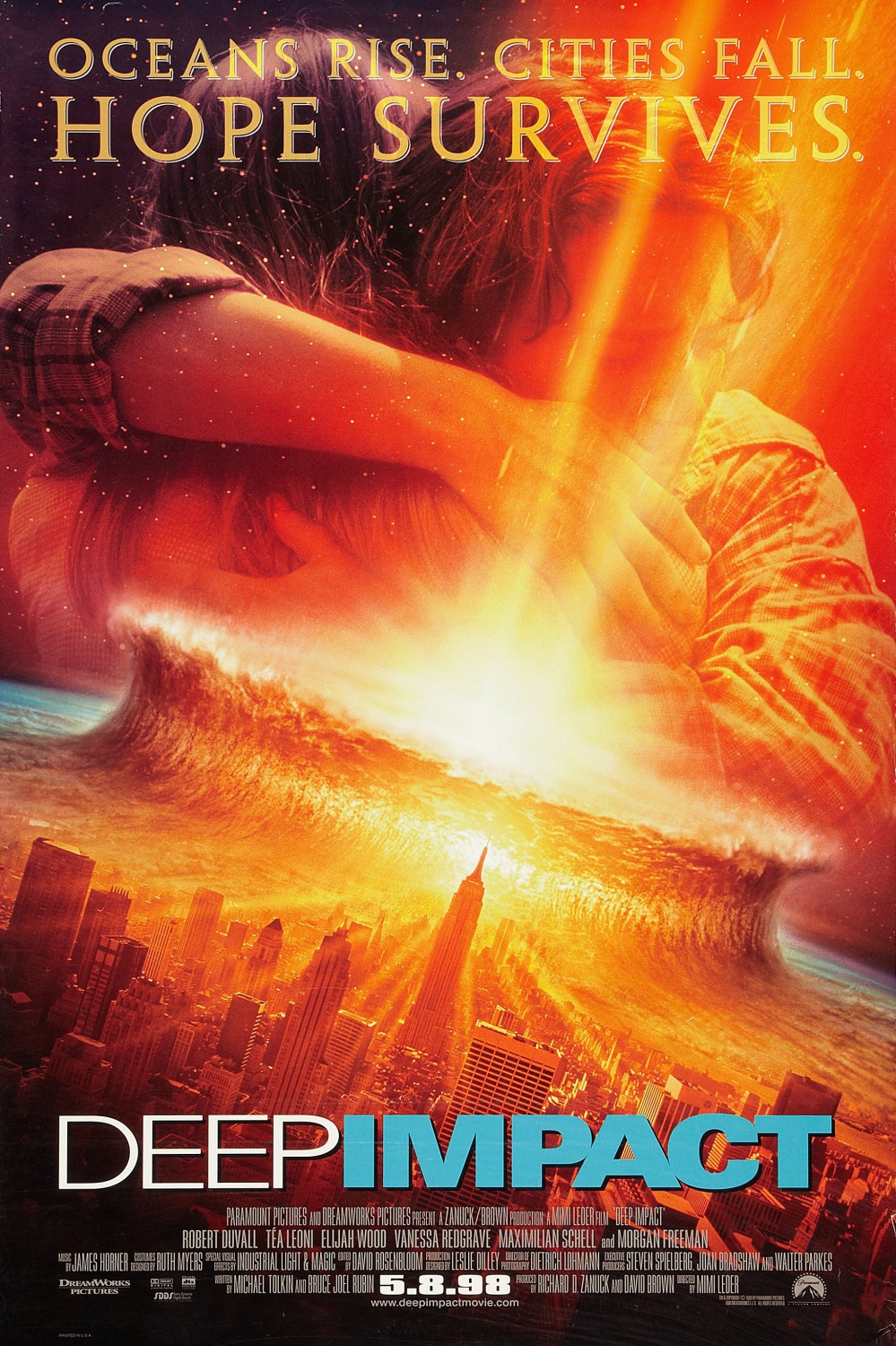 Plot: A giant comet is about to hit the earth. While scientists plan to prevent the extinction of man, the president pins his hopes on a mission to destroy the comet before it can impact Earth.

Depends more on the quality of its special effects than on the strength of its story, thrills, or characters.

This film opens with a visually spectacular meteor strike devastating various famous landmarks, which soon descends into a cheeseball soap opera during which very little actually happens. A round of applause for the genius behind that idea...

An amateur astronomer Leo Biederman (Elijah Wood) notices an object near the stars Mizar and Alcor at a star party in Richmond, Virginia. Jenny Lerner (TÃ©a Leoni) get's involved with the "E.L.E.", for "Extinction-Level Event." US President Tom Beck (Morgan Freeman) announces that a comet named Wolf-Biederman is 7 miles (11 km) wide, large enough to destroy all life if it strikes Earth. Amazing special effects, decent acting and skilled artists are not enough to make a film good. Not enough thrills and convincing performances, Deep Impact, like other disaster films, pretty much disappoints and entertains depending on the scene.

No posts have been made on this movie yet. Be the first to start talking about Deep Impact!