Out of the Furnace Movie Information 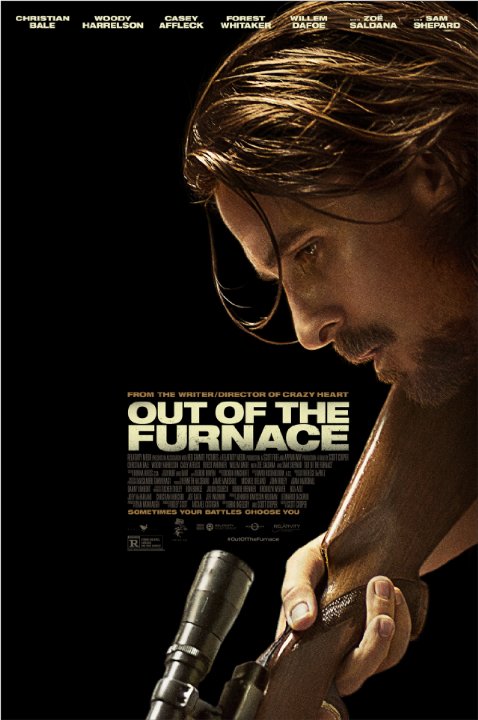 Plot: The Rust Belt is an unforgiving place to live as brothers Russell and Rodney Baze know all too well. When Russell winds up in prison, he younger brother winds up involved in a deadly criminal organization - one that winds up costing him dearly. Once out of prison, Russell realizes the authorities will be no help and must decide between his newfound freedom or seeking his own brand of justice. -- Chris Kavan

"Do I look like a cop". This movie is slow and dull at times but the cast was good in they roles and the movie is dark and brutal.

great cast for this slow and dark burning movie. it was a ok movie but for the cast i expected so much more. ,it never really gets going and the ending is poor. its more like a tragic drama than a big movie which is fine, but it just lacks something.

Out of the Furnace is in my eyes the most perfect result of production.
It is very difficult to get the right people to fill the right parts, but the producers of Out of the Furnace hit every mark right in the heart and made, in my opinion of course, a very engrossing picture, because there is not a single miscast or wrongly chosen person that worked on this film.

The direction by Scott Cooper is sometimes chilling, sometimes enlightening. I loved the tone that the film provided and how it maintained it constantly throughout its length.
From the opening shot this film provides a sense of dread and shows it unflinchingly. I am so impressed by the visuals and masterful storytelling that are the result of this brilliant director.

The actors are all also perfectly casted. Woody …

No posts have been made on this movie yet. Be the first to start talking about Out of the Furnace!