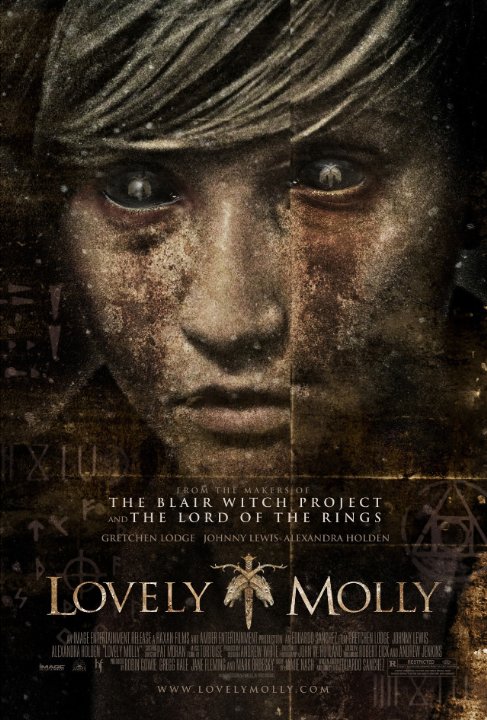 Plot: Newlywed Molly and Tim move into her deceased father's old house and within a few months, strange things go bump in the night. Tim, a truck driver often away from home, blames it on pranks and wind, but Molly isn't so sure and as she is left alone, things start to get worse and worse until she is forced into old habits but is there an entity at all, or is Molly just imagining it all? -- Chris Kavan

While I give a Gretchen Lodge my whole-hearted approval for tackling such a warped role, the movie itself only shows flashes of decent horror. More psychological than outright horror, it has its moments, but overall is a disappointment - especially the WFT ending. It's different, but not necessarily good.

Drama about a tortured character that descends into twisted horror. It's somewhat messy in storytelling and the destination isn't quite satisfying. However, it does contain some sporadically creepy moments and a raw standout performance from Lodge as 'Molly'. Something different for sure.

2012 Ranked and Rated by Jacob Zembower

No posts have been made on this movie yet. Be the first to start talking about Lovely Molly!