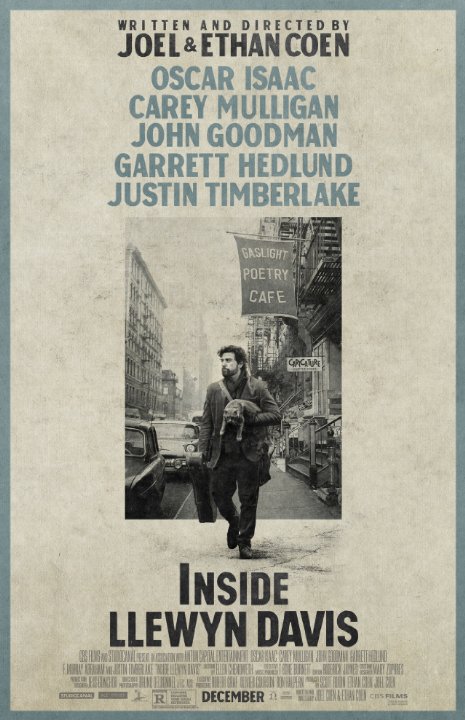 Plot: A trip through New York's folk music scene in the 1960s as a singer-songwriter does his best to make it through these times. -- Chris Kavan

Another enjoyable and impressive movie from Joel and Ethan Coen, the well-written "Inside Llewyn Davis" is a humble portrait of a bygone era and a struggling musician making his way through it.

'Inside Llewyn Davis' is another true original from the Coen bros. It's a drama/comedy centered on the exploits of talented folk singer Llewyn Davis. He's hit a road block in his musical career, causing him to drift from place to place asking favors from those he has wronged in the past. This results in much humorous, and mean-spirited, dialogue. The dramatic moments help us understand the reasoning behind Llewyn's sometimes unsympathetic nature. These points, in addition to the terrific music, makes this one of my favorite Coen Bros. films.

Ethan Coen and Joel Coen has to be two masterclass director's and writers in movie media, and I said that back in my older reviews of these two.

The story to Inside Llewyn Davis is about a trip through New York's folk music scene in the 1960s as a singer-songwriter does his best to make it through these times.

Every time the Coen brothers release a new movie I always expect something great from them as they other films never let me down and always top my exception. With Inside Llewyn Davis it's a road trip film with little comedy this and there, and once again the Coen brothers showed off how talent they truly are, because this movie is freaking fantastic.

I have to be honest here but I didn't know who Oscar Isaac was before watching this movie. I couple of times I heard someone …

What a beautiful movie this is. Joel and Ethan Coen's Inside Llewyn Davis is as intimate as it is painfully hilarious. Once you're finished laughing your booty off at Oscar Isaac's character, you'll realize how sorry you feel for him. "You'll laugh until it hurts" never seemed more appropriate. That's the beauty of the Coen Brother's character studies. They established a flawed but insanely likable character, usually portrayed by a top-notch actor, and make you care for them simply by tormenting them.

The film has such profound melancholy hidden beneath its outer layers. What's great about Oscar Isaac's performance is that he rarely ever shows this. Day-in and day-out, Llewyn is basically shat on by everyone and everything, and Oscar Isaac's way of hiding the sadness and frustration … 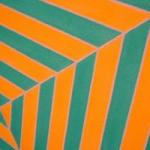 I sorta loved it but boy was it depressing. there's just something really perfectly observed about the way there's this guy, this singer, and you can tell that he is pretty good, and he really cares about his music, and has a lot of artistic integrity. and there are all these other goofballs in the music scene who are having a lot more success than he is, and he is looking at them and being like -- why? why these gimicky morons and not me? am I missing something? are they actually better than me and I am so clueless I can't see it? and how heartbreaking is that.

also just beautiful, understated acting throughout, except for John Goodman, weirdly, whom I normally love in Coen Bros movies, but here felt like he walked onto the wrong set by accident.

oh the other weird thing is that …

No posts have been made on this movie yet. Be the first to start talking about Inside Llewyn Davis!