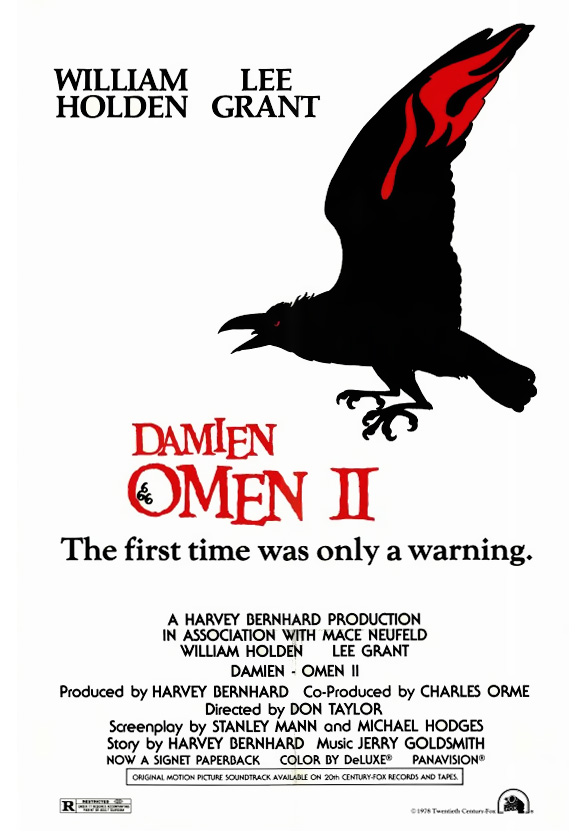 Plot: Now 13, an older Damien begins to discover his true destiny as the anti-Christ and is more than willing to accept it. Forces work to stop his power, but can they succeed? -- Chris Kavan

Now 13, an older Damien begins to discover his true destiny as the anti-Christ and is more than willing to accept it. Forces work to stop his power, but can they succeed?. This movie has cool deaths and in my opinion I think this is a good sequel.

Doesn't quite have the impact of the original, but this Omen sequel still keeps enough suspense and horror to make it a complete failure. Still, it feels a might bit repetitive like we've seen this all before (and done better).

"Damien: The Omen II" by Yojimbo

Seven Years have past as Damien approaches his thirteenth birthday and the dark forces around him seek to teach him of his true nature.Â The sequel to The Omen opens well and features effects and a sense of scale that was sorely missing from the first film. Things soon settle into familiar territory however as it essentially rehashes exactly the same plot; a variety of desperate supporting characters take turns in trying to warn the surrogate father of The Beast, each meeting a suitably sticky end. It does so with rather more style however, with a pubescent anti-Christ coming to terms with his burgeoning powers making for a more interesting focal point, a plot that goes some way to address the amorality of the contemporary corporate culture and William Holden is a more charismatic hero. …

No posts have been made on this movie yet. Be the first to start talking about Damien: Omen II!