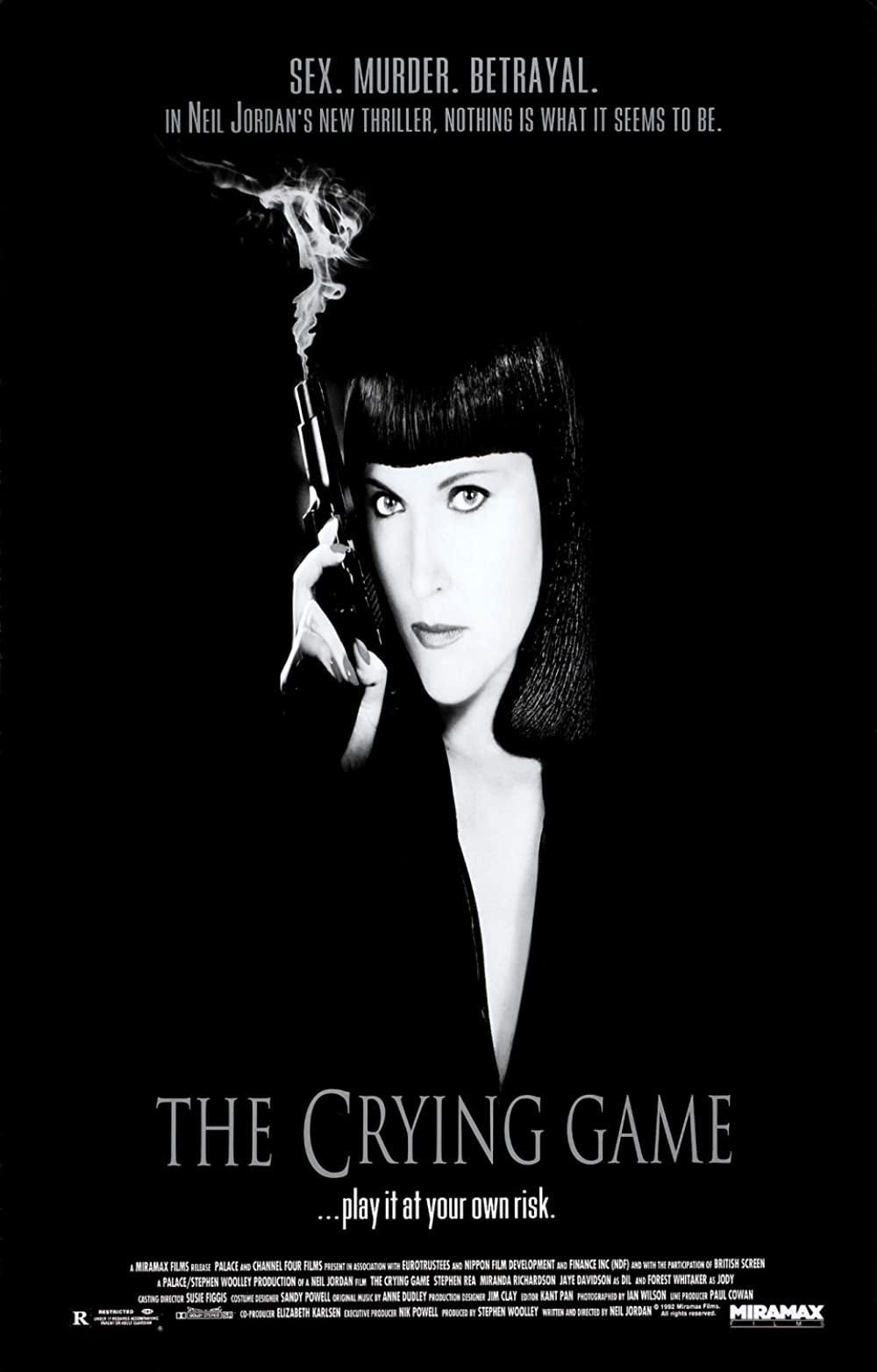 Plot: A British soldier is held capture by the IRA where he makes friends with one of them. After he escapes, he is sent by his new friend to meet his lover.

An intriguing dramatic piece, "The Crying Game" goes in an entirely different direction than you would expect, giving it plenty of edge.

A film that doesn't know whether it wants to be a terrorist thriller or a romantic drama. All the romantic scenes are weepy and overly melodramatic and there aren't nearly enough terrorist scenes. And there's a penis. And, yes, that scene is pretty stupid.

Fergus (Stephen Rea), a member of the IRA, have meaningful brief conversations with Jody (Forest Whitaker) who is held prisoner by the group. One of the few stories discussed by Jody is about the Scorpion and the Frog. Jody dies accidentally after a chase and Fergus searches for Dil (Jaye Davidson). Fergus uses the alias âJimmyâ and meets Dil. She sings âThe Crying Gameâ in a bar while Dave bothers her. Jude (Miranda Richardson) comes back to see Fergus to use his services again.

The movie won Best Screenplay, which was very original for its time. A few memorable quotes: Fergus - âAs the man said, it's in my nature.â Col â âWho knows the secrets of the human heart?â Dil â âFunny the way things go.â âNothing is wise.â The movie was nominated for …

I did not know what it was trying for

A film that I will admit I had no idea what it was trying to be exactly, I did not know what genre is wanted to be. I know it did not really work in any genre because the way it switched around. There were twists and plot elements all which I understood but what I di not understand was what the movie wanted to be. I did not enjoy and it failed to interest me.

No posts have been made on this movie yet. Be the first to start talking about The Crying Game!