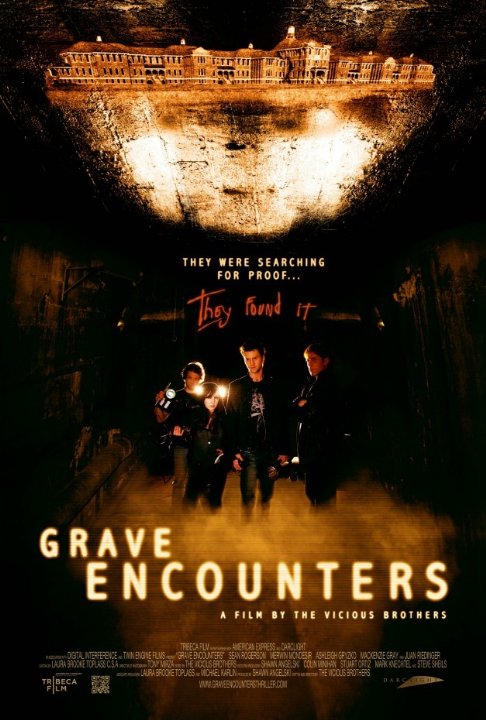 Plot: The members of a ghost-hunting reality program get more than they bargained for when they're locked in for the night at Collingwood Psychiatric Hospital - where the ghosts are very real and have no intention of letting the crew leave. -- Chris Kavan

Boo. The movie is about a members of a ghost-hunting reality program get more than they bargained for when they're locked in for the night at Collingwood Psychiatric Hospital - where the ghosts are very real and have no intention of letting the crew leave. This movie was scary when I first watched it and it creepys me out today and that is a plus.

Actually turned out better than I was expecting - takes a lot from other films: Blair Witch Project, House on Haunted Hill and Session 9 all come to mind - but overall, I loved watching the "ghost" hunters go from joking and making things up to honestly scared (and then dead). Cliche, but enjoyable.

Adequate found footage type of scare flick. Even though I couldn't get into it, there were still some interesting turns and a few surprises to keep me watching. Slightly different twist on the same cliche. If you like the ghost hunting t.v. shows, then you might like this.

Although very Blair Witchesque i will say this film although 'Scaring the bleep out of me' would be a little far fetched i will have to admit this film had it's moments scare factor wise. 'Grave Encounters' is another film to add to the found footage genre. A group of people trying to get their new paranormal reality show going. 5 episodes in they havent really found much that is until episode 6 (Actually if i were directing this is what i would've titled this flick) when the team venture over to an old mental instution telling the cameras that they are going to be locked in literally with chains, so their is no escaping, until 6am. The night starts off slowly but the film crew and cast are none to quick to discover they have bitten off more then they can chew as the place is eerily …

Horror Movies by A Grim Guy

No posts have been made on this movie yet. Be the first to start talking about Grave Encounters!