Everything Must Go Movie Information 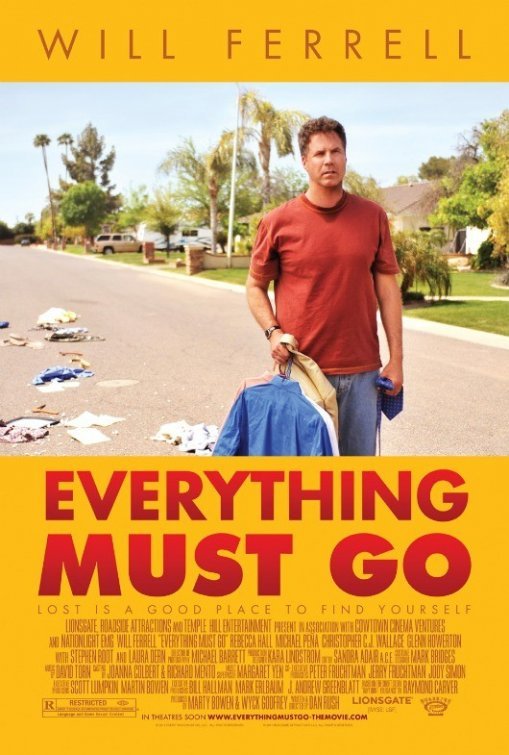 Plot: A relapsed alcoholic loses his family and his job so he does what he thinks is best: puts everything on his front lawn in attempt to start over again. -- Chris Kavan

Okay will Ferrell has lost he's house and he's life and a Oscar. This movie felt run down by the unfinished writing and the acting is super great but the movie is not really enjoyable to be honest.

This was a good first 'serious' movie for Will Ferrell. I quote serious because... was it really? At the end I found myself looking back at little laughter and a lack of depth. I felt no connection with the story or its characters. Still entertaining and a movie people should make an attempt to watch, if for nothing more than to see Ferrell in a different light.

Will Ferrell does an admirable job in a more serious role than what one would normally associate him with. While his role is fine, the story lacks depth and in the end it's only a somewhat successful film.

No posts have been made on this movie yet. Be the first to start talking about Everything Must Go!