The Cook, The Thief, His Wife, and Her Lover Movie Information 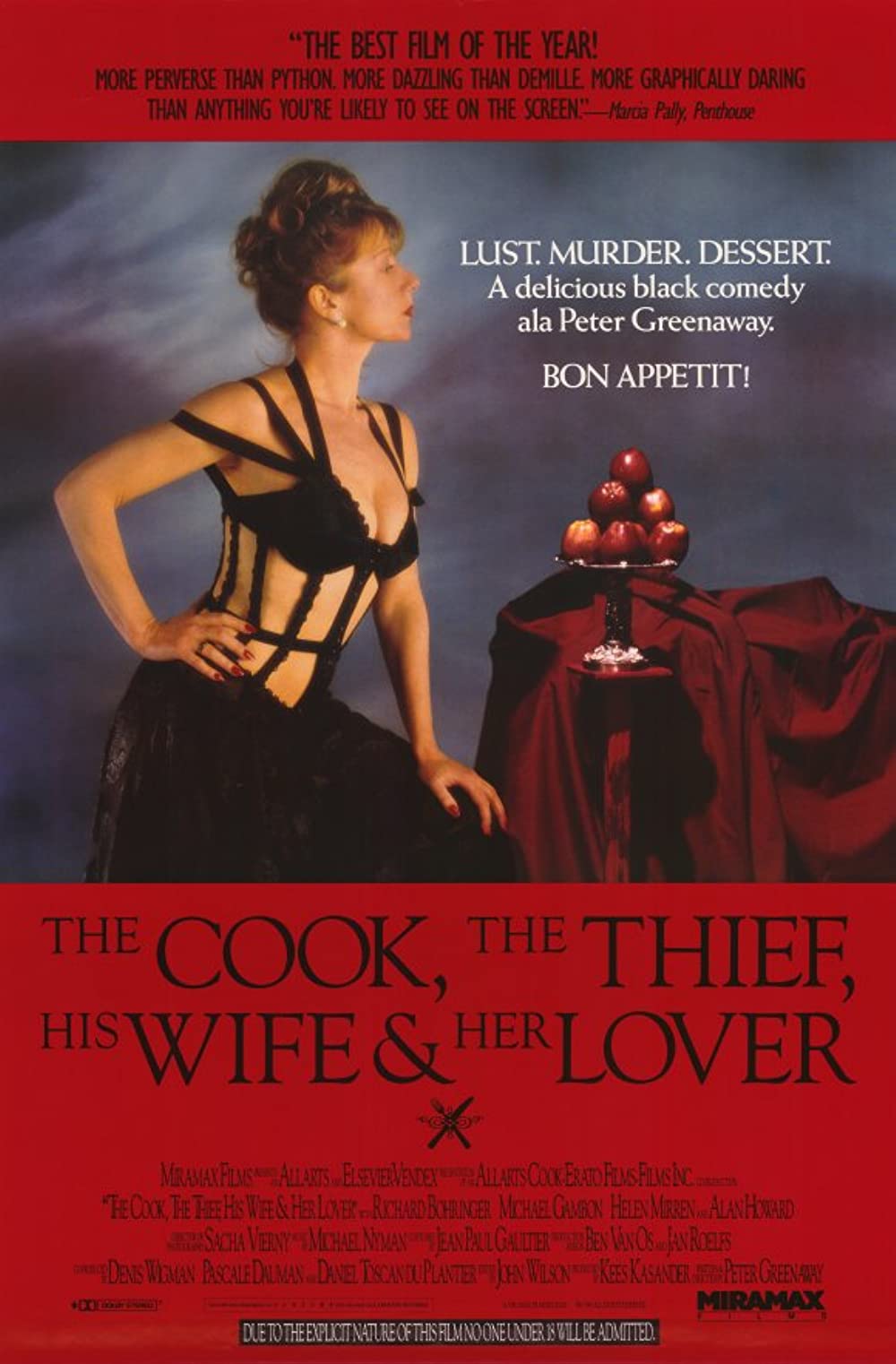 Plot: A violent restaurant owner named Albert mistreats his wife. Georgina becomes close with a guest at a restaurant and is aided by their head chef. Romance, crime, revenge and power collide in brutal fashion.

Often vile, but always elegant, "The Cook, the Thief, His Wife & Her Lover" is a profound drama that's as intense as it is stylish.

Another visual feast by Peter Greenaway with some gorgeous painterly direction and use of colour, complimented by sumptous costume design, sex, violence and revenge. Again, some may find it painfully pretentious but it is unforgettably powerful and contains far more in the way of coherent narrative than many of his other films.

Not my cup of tea. I apologize, but Peter Greenaway isn't my man.

More that meets the eye!

It is really hard for me to rate this movie, in general I found it boring and not my kind of movie at all. After few days though I found myself thinking about it. The Baroque soundtrack write by Michael Nyman makes the film unique but there are so many more things that make the film unique. The set designs are incredible and carry meaning within the colors, for instance blue is for the the parking lot, green for the kitchen, red for the eating room and white for the restrooms.
The overall movie theme is about greed but the whole movie is a metaphor of the society has a result of Thatcherism hence the real villains are off screen and the main character, Albert Spica is just a victim and a result of the society and economic changes.
Furthermore the cast is impressive starting from a …

One of the best revenge films done poetically

Have some disturbing scenes and numerous full frontal nudity that cannot be viewed by minors. Had a nice small twist with gave the conclusion and well-deserved ending to match. This flick state that sometimes be careful what you wish for because it may come true. It starts with a brash gangster Albert (Michael Gambon) is in charge of a classy French restaurant named Le Hollandais Restaurant, whose creations are produced by French chef Richard (Richard Bohringer). Albertâs wife is Georgina (Helen Mirren) who eyes a lone reader who enjoys dining in the restaurant named Michael (Alan Howard). This would not have been effective if it werenât for the rambunctious ill-tempered insensitive portrayal of Gambon and melancholic sadness of Mirren. Albert is clearly one of the most …

Top Ten Films of 1990 by KingoftheCorn

No posts have been made on this movie yet. Be the first to start talking about The Cook, The Thief, His Wife, and Her Lover!