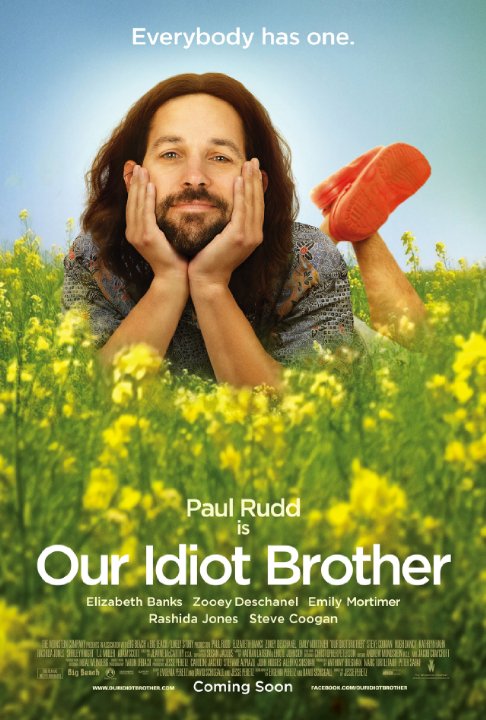 Plot: After being released from prison, free-spirited idealist Ned, along with his closes friend - his dog Willie Nelson - crashes the lives of his three sisters. -- Chris Kavan

Although it's supposed to be a comedy, the more serious aspects overshadowed everything a bit and even some of the funny elements had a weird edge to them, like it felt strange to laugh at them. I did enjoy this movie a lot though, I really loved all of the different characters and their clashing personalities and when the comedy did work, it worked really well.

I have a soft spot for Rudd, Deschanel, and Jones. That made this movie good for me. I don't know if I would fee the same with a different cast. The writing was bland.

Ned is a man who comes in and out of jail, appeared to destroys his sisters' lives when he tries to help. Together with his dog, he lives a free-spirited life. *** So this is an indie film? I must say it doesn't look one. Entertaining and touching. The actors did well and the story is indeed heart-warming. Good to see Zooey Deschanel on her role. Paul Rudd deserves a round of applause here. The rest of the cast are also awesome portraying their roles. This is a good watch. People must see this!

No posts have been made on this movie yet. Be the first to start talking about Our Idiot Brother!