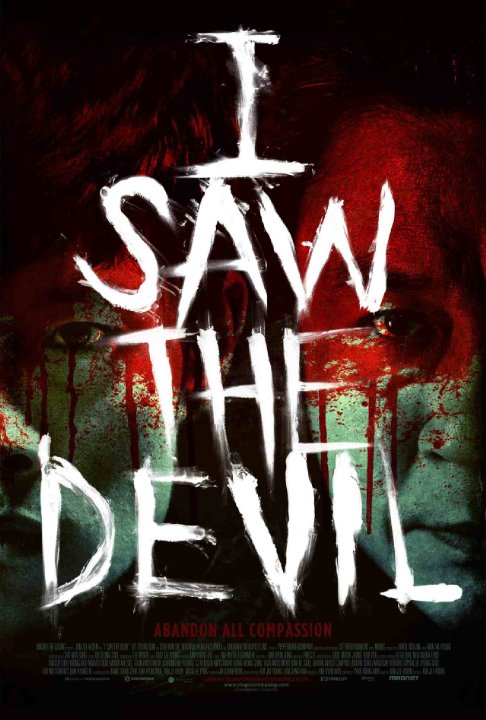 Plot: After his pregnant fiance is viciously murdered by a serial killer, a detective plots an elaborate and intricate revenge plot for the man responsible. -- Chris Kavan

This is a great movie subtitles or otherwise. Very well done and a solid twist at the end. I recommend this movie.

If you dont mind foreign films dubbed in the english language then by all means check this one out! Great plot twister that has the fiancee of an elite special agent being abducted by a roaming psychopath. The agent, in a beautifully executed revenge plot starts a cat and mouse game with her abductor. Korean filmmakers seem to have a great mind for revenge i dont know if thats scary or a good thing? Great foreign film.

Like Oldboy, this is a revenge thriller with a heart - a film that takes no pleasure in the pain it doles out and manages to feed an emotional current of sadness and remorse. That is, ultimately, what touched me about this film, since, without this thematic thread (and the skillfully and often beautiful direction and cinematography), it would be an unbearable experience. The film is graphic and brutal, often unflichingly so. But I think it redeems itself with the final shot.

"I Saw The Devil" by Yojimbo

When the fiancee of an intelligence agent is brutally murdered he tracks down the killer and extracts his own twisted brand of vengeance. I Saw The Devil is clearly attempting to ape the wonderful blend of art and violence that was Chan-wook Park's Vengeance trilogy, but without his keen sense of aesthetics, their otherwordly atmosphere and streak of black humour, this film seems more like a rather crude copycat than the real deal. It contains a similar theme - namely that the pursuit of vengeance makes you become the very thing that you despise - but thanks to its rather voyeuristic depiction of some pretty unpleasant violence and sexual assault, the moral message seems rather half-hearted. The lack of humour combined with some plots elements that stretch credulity to breaking point …

Detective Oh: "He can't become a monster to fight the monster".

The story is about a pregnant fiance is viciously murdered by a serial killer, a detective plots an elaborate and intricate revenge plot for the man responsible.

The one thing that always bugs me when I watch some movies is some the over the top violence's. It happens in most Hollywood horror movies were they try to show how brutal and dark they can get, put it just comes off torture porn. I think it's best for movies to have a reason for the use of gore and not make it mindless. The Human Centipede movies are a perfect example of what not to do with mixing gore and story. Until I sawed the 2010 film I Saw the Devil in which it has it's gory parts but it never felt like it's over doing it, and that's what I wanted for …

No posts have been made on this movie yet. Be the first to start talking about I Saw the Devil ( Akmareul boatda )!