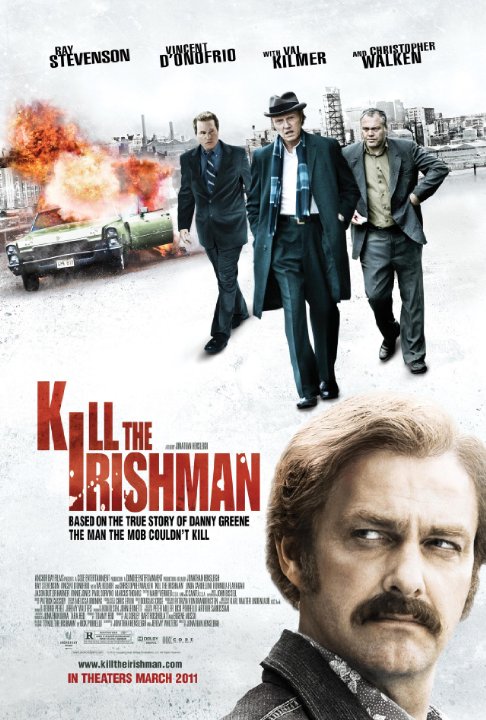 Plot: Based on the life of Danny Greene, an Irish criminal who joined up with the Cleveland mob in the 1970s. -- Chris Kavan

While it is based on actual events, this movie is essentially a melting pot of all mob movie cliches. There are some cool moments, but nothing elevates the material enough to make it worth a watch.

A true to life inspired film about Irish-American mob boss and FBI informant Danny Greene (Ray Stevenson). Joe Manditski (Val Kilmer) tries to apprehend Danny for every mistake he makes. John Nardi (Vincent D'Onofrio[) is a friend who becomes a business partner of Greene. The soundtrack was amazing and style of direction though is similar to previous mob related films such as American Gangster or Goodfellas, was effective in brining in live footage's of actual events that occurred in Cleveland. Acting was solid though it could have been nice to see more of Sorvino and Walker in their roles. This reviewer was surprised that his story was even linked to the 5 mafia families indictment in New York. Screenplay was descent to bring out the characters personalities. A picture about …

No posts have been made on this movie yet. Be the first to start talking about Kill the Irishman!