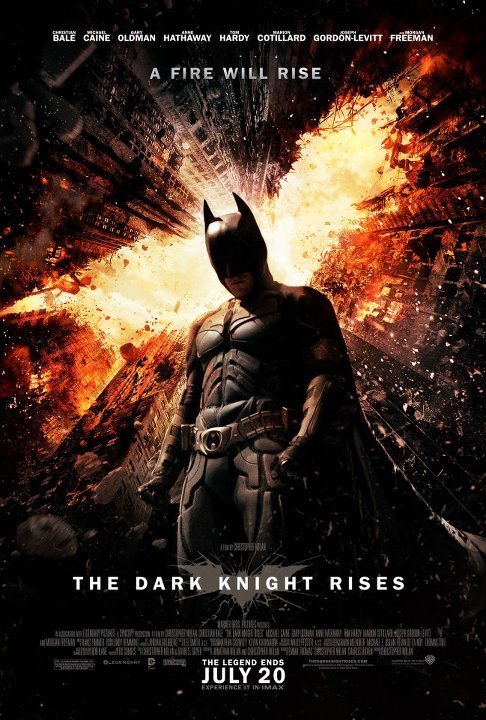 Plot: Eight years after the fall of The Joker and Harvey Dent, Gotham City is quiet, peaceful - but all that is about to change. Bane has arrived and plans a campaign of terror that will push the city to its limit. Batman will once again take the mantle of hero in order to save his city. -- Chris Kavan

The Sacrifice Gotham needed. The Dark Knight Rises sends off Christian Bale's Batman in an amazing way that ends the trilogy in a great way.

A disappointing follow up to "The Dark Knight," "Rises" fails solely because of its unmistakable plot holes.

To me, this is Indiana Jones and The Kingdom of the Crystal skull all over again. A HUGE disappointment that certainly doesn't come close to its predecessors. By far the worst Nolan Film. Just awful in almost every way. The curse of the number three lives. Most people call TDKR bland and uninspired. Truly a disappointing finish to a trilogy.

With âThe Dark Knight Risesâ, Director Christopher Nolan delivers his third and (he claims) final chapter of his take on the iconic comic book character, Batman. In doing so, Nolan manages to weave in elements and characters from the previous two installments, âBatman Beginsâ (2005) and âThe Dark Knightâ (2008), while completing the story arc of a complex hero who operates outside of the law, but whoâs motives are entirely altruistic and just. Having followed trilogy from itâs beginning, I found the results were quite satisfying.

Opening with a scene that contains an airplane high jacking like youâve never imagined; the story picks up 8 years after the end of âThe Dark Nightâ. Following Harvey Dentâs death, Batman has claimed responsibility for Dentâs …

I enjoyed the action part.

Our bat-friend has never really captivated me. I've seen both "Batman Begins" and "The Dark Knight". I can barely remember anything from the first movie. I guess I wasn't really impressed by that one. "The Dark Knight" on the other hand did, and that because of the charismatic figure "The Joker". A figure without rancor and with a phenomenal crazy look.

That's something I really missed a little bit here. Bane was the personification of intense hatred and had a very menacing look, but the feeling I got was not more then "Oh-ok-again-another-bad-guy".... And then they started with names like Ra's al Ghul. I don't have the faintest idea who that person is.

There was once in the 80's a broadcast a whole day of American Television on Dutch Television, which ended with the movie …

This film was never going to be as excellent as 'The Dark Knight'. Even the most devout Nolan fan, in their most elated state of creator worship, would have been all too aware of this film's inevitable failure at topping its critical darling of a predecessor. Setting this aside, 'The Dark Knight Rises' still ends up being a film of tremendous quality. Most blockbuster filmmakers state a desire to avoid CGI, but Nolan actually makes good on his word. Its spectacle recalls the motion pictures of the late, great David Lean, and its plotting has a marvelous Dickensian flavour. The script ventures through various implausibilities, but then so did 'The Dark Knight's. Add the muted, creamy visuals of cinematographer Wally Pfister, and you have a sense that the film is made with a distinct …

My favourite pairing is between Bane and Bruce. I find those scenes extremely thrilling and intense.

I don't think there's anything wrong with either of the Burton-directed Batman films - it wasn't until Joel Schumacher took over things that the films started to go downhill. But I think Nolan's vision added another dimension to not just Batman, but his villains as well. Say what you will, but I think his trilogy will be a benchmark for not just all future Batman films, but super hero films in general. 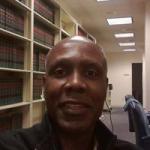 The Dark Knight Rises is the best Batman movie yet. However I still have a soft spot for the first ever Batman with Michael Keaton and Jack&amp;nbsp;Nicholson. The Dark Knight Rises is&amp;nbsp;compelling, story driven, great cast, I wish Michael Kane had more lines and more screen times. I would of like to see both Kane and Freeman had a&amp;nbsp;scene&amp;nbsp;togethe r. Nolan did a great job telling the story and directing the actors and the action scenes. &amp;nbsp;Watching the cops and the bandits going at &hellip;

I've noticed that even after Bane's voice was altered, some people still had trouble understanding him. &amp;nbsp;I had no problems at all. &amp;nbsp;In fact, I could clearly understand every single word that Hardy spoke. &amp;nbsp;I thought his performance helped create a much more unique and threatening villain than I ever considered Bane to be. &amp;nbsp;What say the rest of you? 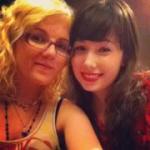 My thoughts match jsbill - I thought the movie was groundbreaking, well and truly. I went in not expecting much (I wasn't a fan of Dark Knight) and came out with tears rolling down my face. The characterisation of Bane for me was the winner, Tom Hardy does such a fantastic job of making Bane feel out of control and darned scary. Anne Hathaway and Christian Bale's chemistry was also surprisingly well done, they to me felt like they clicked and I just wanted to see more and more of them together &hellip;