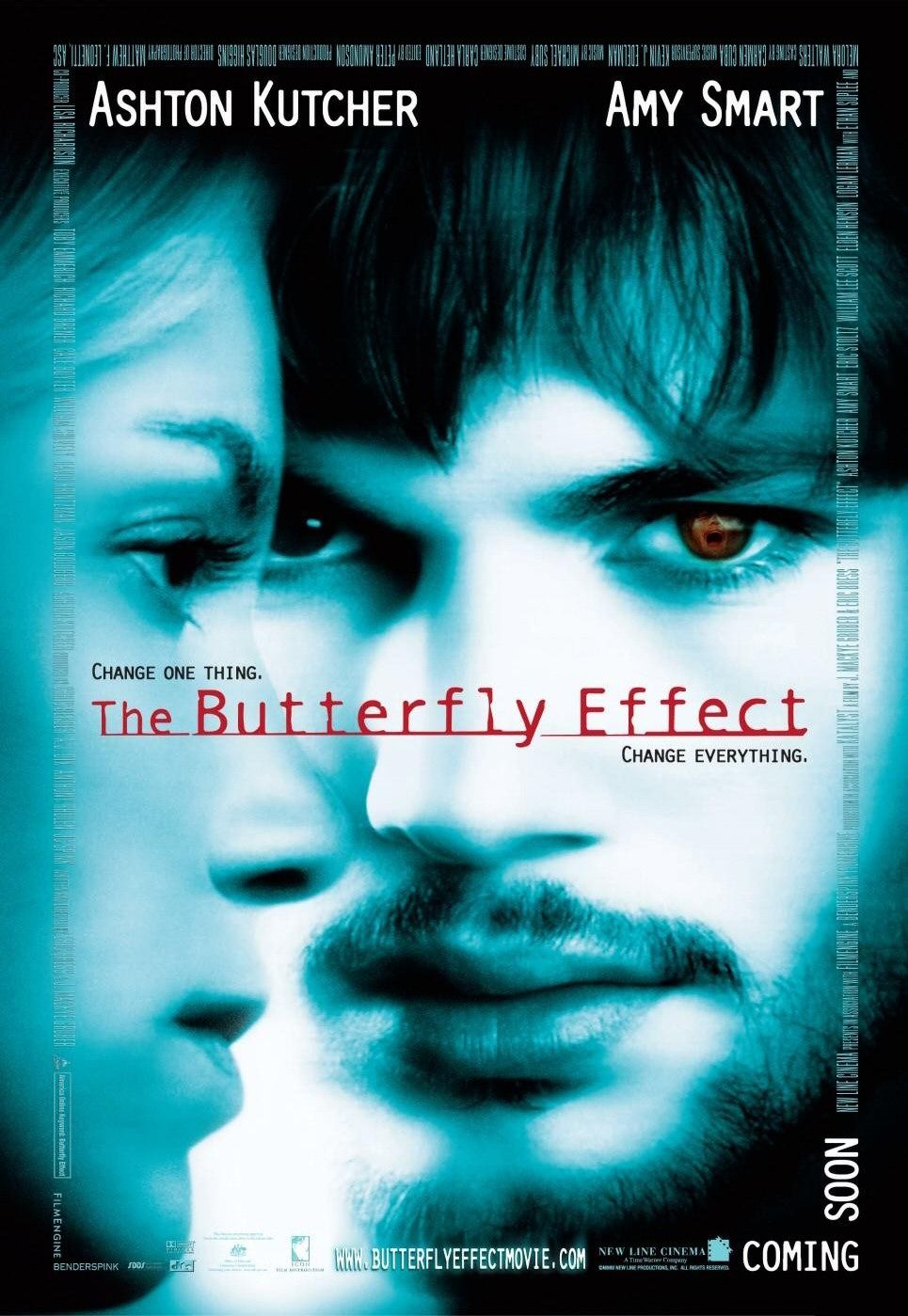 Plot: A psychology student who was prone to strange blackouts as a child, finds out by reading his own journals he is able to change his past. Each change, however, seems to lead to unintended and deadlier consequences.

I remember this movie as being deeply shocking within the first few scenes. I felt emotionally drawn in, in a way that not many films can manage to do. I loved the imagination that the story brings out with the changes in reality being almost like time travel. The plot twists keep it interesting and I recall the ending being rather bleak, but I was impressed with the quality of the direction and acting.

The story is about a psychology student who was prone to strange blackouts as a child, finds out by reading his own journals he is able to change his past. Each change, however, seems to lead to unintended and deadlier consequences. This movie was heartbreaking and messed as well.

"I think I can fix this." A typical "what if?" picture that makes one ponder in the end. Definitely not for everyone's taste because of the direction/plot, this critic absorbed and understood it with glee since it had the appropriate mix of wit, humor and drama. Evan Treborn (Ashton Kutcher) suffers from blackouts and will eventually affect his friends Kayleigh (Amy Smart), brother Tommy and Lenny. His mother Andrea (Melora Walters) had him checked and explains the history of his father. Best quotes from the flick: Jason - "You can't change who people are without destroying who they were." "You can't play God." Andrea - "These things take time." Tommy - "I know it's hard but you can't give-up." Screenplay and pace were engaging and thought-provoking. Direction and soundtrack …

"The Butterfly Effect" by Yojimbo

A boy suffering from memory lapses is diagnosed with a hereditary mental illness but later in life learns he is capable of revisiting previous moments in his life. A variant on the whole wish fulfillment concept we've all thought about where you imagine going back to a point in your own life and try to change things for the better, this hokey sci-fi involves the ever perfectly coiffed Ashton Kutcher revisiting his past with various disastrous consequences. I feared the worst as the beginning of the film was very soapy and teen-friendly, but as the tone darkens it gets progressively more interesting. Some of the character development (if you can call it that; Kutcher's personality undergoes drastic rewrites at regular intervals) can be a little difficult to swallow and it's very episodic, …

No posts have been made on this movie yet. Be the first to start talking about The Butterfly Effect!