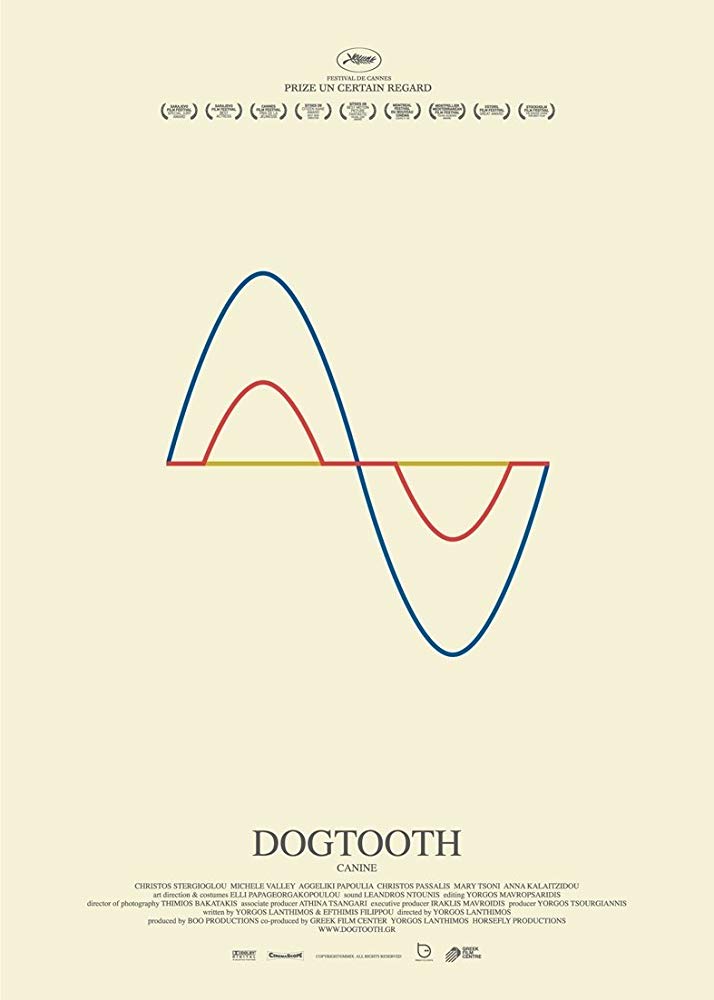 Plot: Three teens isolated on a remote country estate invent their own world. Their father is the only one who can leave and both parents terrorize them into submission. The only outsider allowed in is Christina, who provides the son sexual release. When she decides to disrupt the delicate balance of their lives, the entire system devolves into violence and chaos. -- Chris Kavan

Strange, disturbing, and seemingly experimental, "Dogtooth" is a foreign language social critique as hard to explain as it to watch.

Before 'The Lobster' and 'The Killing of a Sacred Deer' - This is the first Yorgos Lanthimos movie I've watched and still the most disbursing movie his ever made. It's so compelling to watch, yet incredibly sad when reflecting on the overall story. Simple story, simple performances with no music. Super effective.

I've seen some pretty disturbing families on screen - think the cannibals of Texas Chainsaw Massacre or Norman Bates and his "mother" - but the family unit in Dogtooth ranks right up there. I mean, it's just messed up - it's like a car wreck, you don't want to see, but you can't look away.

No posts have been made on this movie yet. Be the first to start talking about Dogtooth ( Kynodontas )!