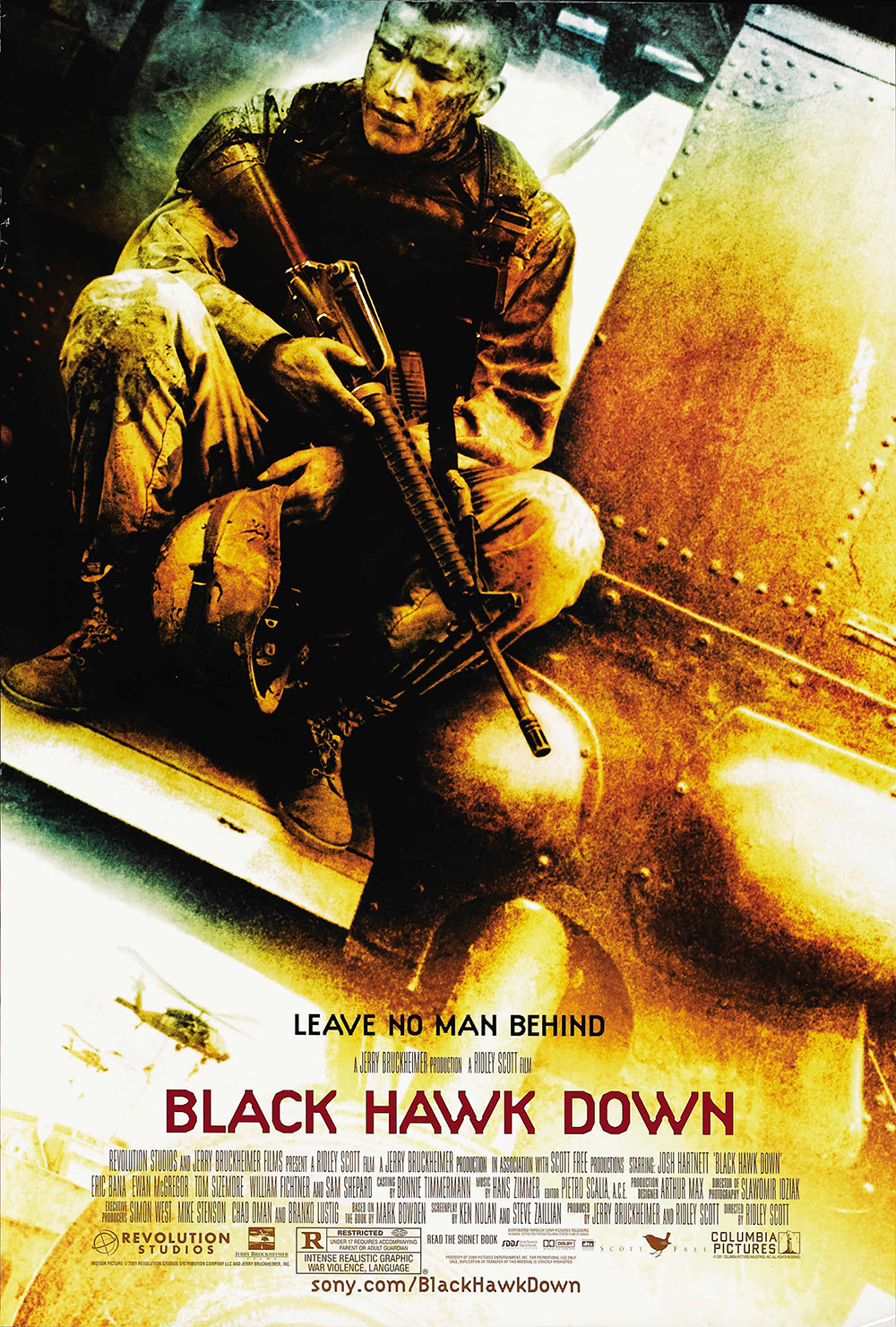 Plot: Based on the sololian rescue mission in which US Black Hawk helicopters were shot down.

As violent as a movie about war should be, and it gives off the terrifying feeling of being completely and utterly surrounded by the enemy.

Black Hawk Down features high-octane action and some harrowing images of the battlefield. It's technically accomplished like Ridley Scott's movies often are. But it becomes overly long and bloated and boring over the course of the running time. The ensemble cast ends up nearly unrecognizable in full military garb and good luck with finding at semblance of character development.

The awesome battles standout above the rest.

"Black Hawk Down" by Yojimbo

An American Black Hawk helicopter is shot down during a raid on a Somali warlord in Mogadishu leading to a desperate rescue mission faced with overwhelming opposition. In Black Hawk Down, Ridley Scott has created one of the most realistic war movies ever made. You really feel like you're in the thick of an urban warzone and the excellent ensemble cast make for very believable protagonists. It's usually a fine line between respect for the bravery of the fighting man and macho, gung ho bullshit, but Scott stays on the right side by focussing on the loyalty between comrades fighting for each others lives rather than the usual "God And Country" crap that many war films fall back on. It laso concentrates on the fact that despite what the propaganda machine may have us believe, modern warfare …

A mission to capture Omar Salad Elmi and Abdi Hassan Awale Qeybdiid went haywire when 2 Black Hawk helicopters were gun downed. Cast includes Eric Bana (as the tough and skilled SFC Norm "Hoot" Hooten), Tom Sizemore (as the confident LTC Danny McKnight), Josh Hartnett (as the newly appointed Chalk Leader SSG Matt Eversmann) and many more. The drama, action and cinematography was believable. Only qualms I had were the soundtrack, lack of better character development, a few dragging scenes irrelevant to the story, historical inaccuracies (actual life in Somalia, Malaysian/Pakistani troops aided in the battle) and depiction of Somali people. Black Hawk Down is a good war film worth your time especially those who enjoy true to life films such as this critic.

No posts have been made on this movie yet. Be the first to start talking about Black Hawk Down!