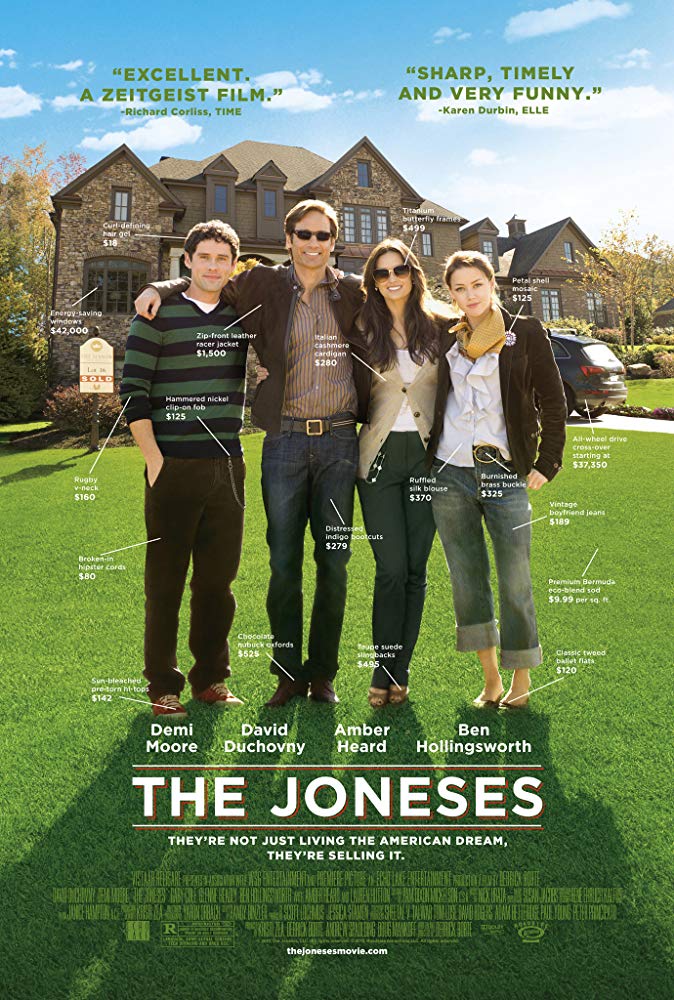 Plot: A seemingly perfect family moves into an upper-class neighborhood, but are really just a plant for a marketing ploy designed to sell high-end merchandise. Things are complicated when real feelings come into play for the fake family. -- Chris Kavan

I love the idea, an undercover sales team posing as a family in wealthy American suburbs, and for awhile the film works, and is interesting. But sure enough it runs out of steam about an hour in, and we're left with a silly, predictable romance and an anti-consumerism message that puches its audience in the face over and over again. Worth watching? Yes, but it wil be forgotten about in a year.

This movie seems to be in the same sort of category as 'thank you for smoking'. Another movie that has a moral, although not as strongly pointed out.
This is also the biggest issue I have with this movie. Although I enjoyed to watch it, the category in which to place this movie isn't very clear. The genre is supposed to be 'comedy and drama' and sure it has some funny moments but I wouldn't call it a comedy. There are some dramatic and romantic events in the movie but it wouldn't do the movie justice to describe it as a 'drama'. The most interesting thing about this movie is the underlying moral, how modern-day advertising works and how consumerism determines our everyday lives.
The packaging around this topic has been done well, instead of turning it in yet another documentary it is …

Movies I Have,,, by ShannonTalent

No posts have been made on this movie yet. Be the first to start talking about The Joneses!