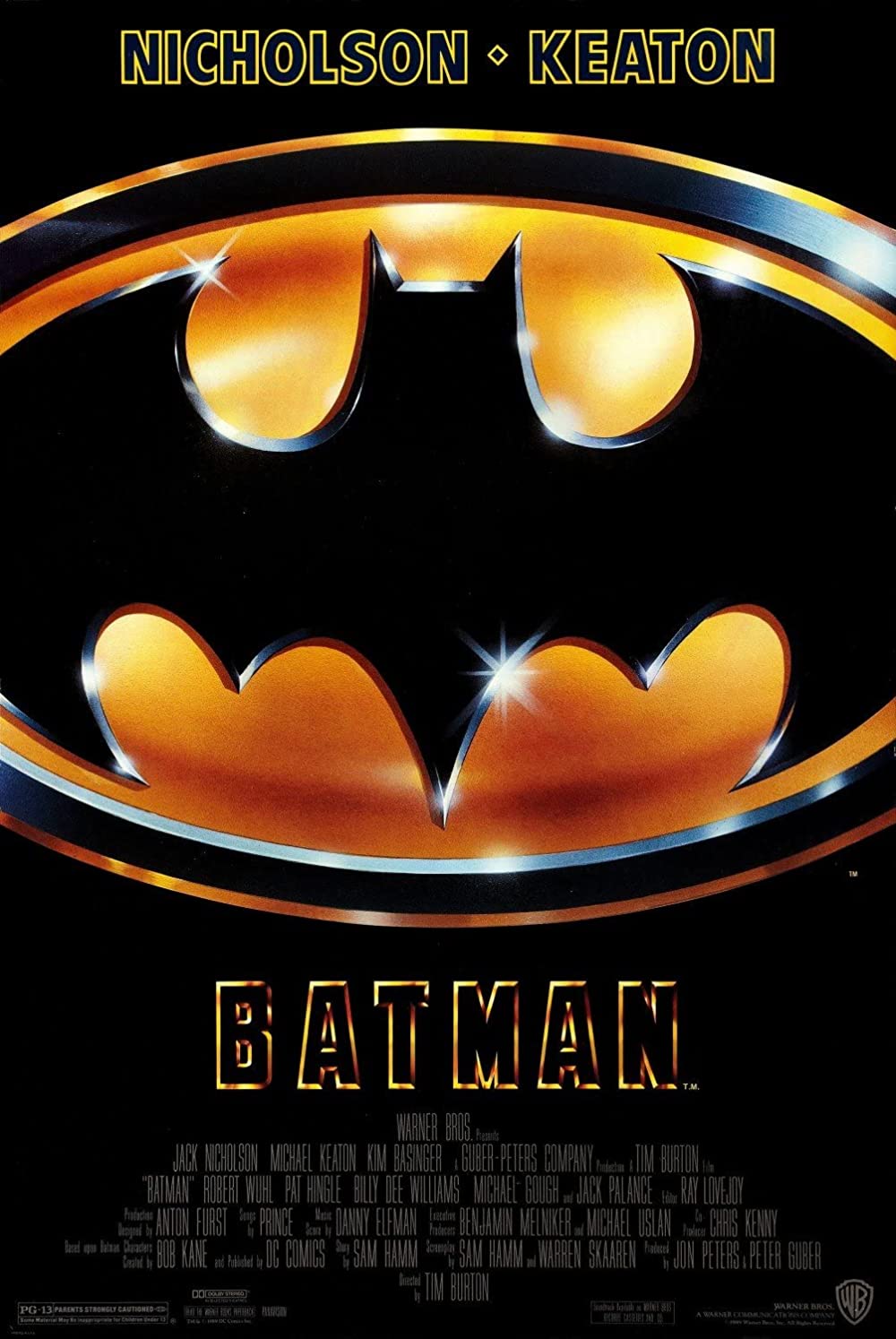 Plot: Bruce Wayne, a wealthy business man, becomes Batman in the night to clean up the streets of Gotham City and avenge his dead parents.

Its comic book-like charm and Jack Nicholson's performance as Joker make it an unforgettable experience.

Based on the DC Comics character of the same name, directed by Tim Burton. The film stars Michael Keaton in the title role, as well as Jack Nicholson, Kim Basinger, Robert Wuhl and Jack Palance. The film, in which Batman deals with the rise of a costumed criminal known as "The Joker", is the first installment of Warner Bros.' Batman film series.Despite the non convincent performance by Keaton as Bruce Wayne, this movie rocks as presents an awasome absolute freak out performance by Jack Nicholson as The Joker .The direction is great and the scenery is a show appart.

Batman runs away from everything.

I guess I'm in among the very few that don't love the 1989 Batman for its supposed large charisma and great action. It's the opposite, in fact.

The philosophy and pacing of the story arches were very muddled, though. Near the middle of the film nothing had really happened except for a few scenes where I could say: these are truly fantastic and embody what I think of Batman. Too much emphasis on puns made by the Joker, who wasn't that good to begin with.
I still think Keaton made the best Bruce Wayne, but the film has too little to say about the subject matter. Too little to say about Batman. It beats around the bush, so to speak.
And I couldn't stand the decision to make the Joker the murderer of Wayne's parents. Come on, seriously?
I'm in the minority that thinks …

When this film was released, it was at a time when superhero films meant nothing to Hollywood. They were not blockbusters, they werenât critically acclaimed, and there certainly wasnât high demand for them. Tim Burton bringing Batman to the big screen was not only important for this particular superhero, but for the superhero genre as a whole. He created a world that is gritty and more realistic than what people had seen up to that point, focusing more on the drama and less on campiness. Tim Burtonâs Batman is definitely an important film, but he backed that up by creating a film that still holds up very well to this day.

Bruce Wayne is a man who witnessed the murder of his parents when he was very young. Vowing to avenge their deaths and stop these kinds of things from …

Following the cult success of 60s kitsch campfest Batman the TV series which was a million miles from the original comic book, the character became something of a joke. Tim Burton reinvented Batman far more in the mould of the creator's original intent; as a brooding, brutal vigilante who stalked criminals through the twilight underbelly of a corrupt and decaying city. It was a brilliant idea that faltered somewhat in the execution however. Michael Keaton doesn't really have the charisma and physical stature to carry off the role, and with the exception of Jack Nicholson and Michael Gough, who brings a humble nobility and pathos to the role of Alfred, the supporting cast are all lacklustre. Jack Palance over-acts to an amusing degree (even by his standards!), Jerry Hall is a plank and …

No posts have been made on this movie yet. Be the first to start talking about Batman!