As Good as it Gets Movie Information 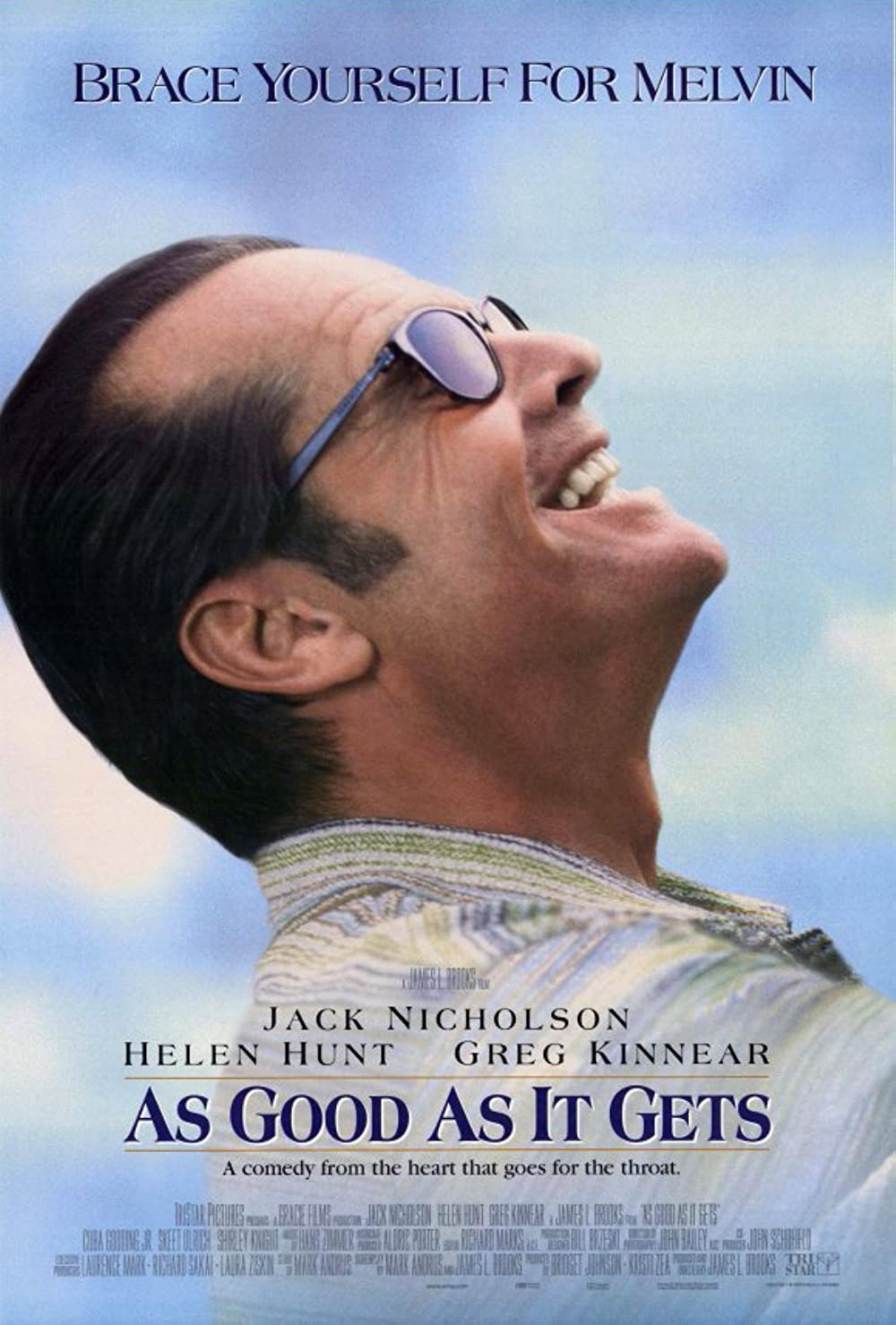 Plot: A germaphobe, a waitress and a gay man all share a relationship that turns from hate to friendship through comedic relief.

Inexplicably over-rated and unbelievable romcom. A smattering of decent lines for Jack but if anyone but he were in it, it would've slipped by comparatively unnoticed I suspect.

Strikes that perfect blend of comedy and drama, thanks to excellent writing and acting. Great characters and dialogue. Nicholson is particularly memorable. Some of the musical cues may come off a little schmaltzy, but that didn't keep me from completely enjoying this film.

An okay romantic comedy that really is not perfect but slightly entertaining. I found the characters fine enough, although I thought Nicholson's character changed a bit too quickly and slightly unnaturally. The movie is okay, and is good but not overly brilliant in any way. The acting is almost all great except Helen Hunt I still find to be incredibly annoying no matter what, and her character really I just was annoyed by and what hurt the film the most.

Oscar Win Best Actor Jack Nicholson 3/5- Basically a standard Jack Nicholson performance but on the good side of that where he is not completely doing his standard stuff like I felt he was in Terms of Endearment. He sells the character well in both forms and helps the transition be as believable as he can make it since the script did …

No posts have been made on this movie yet. Be the first to start talking about As Good as it Gets!