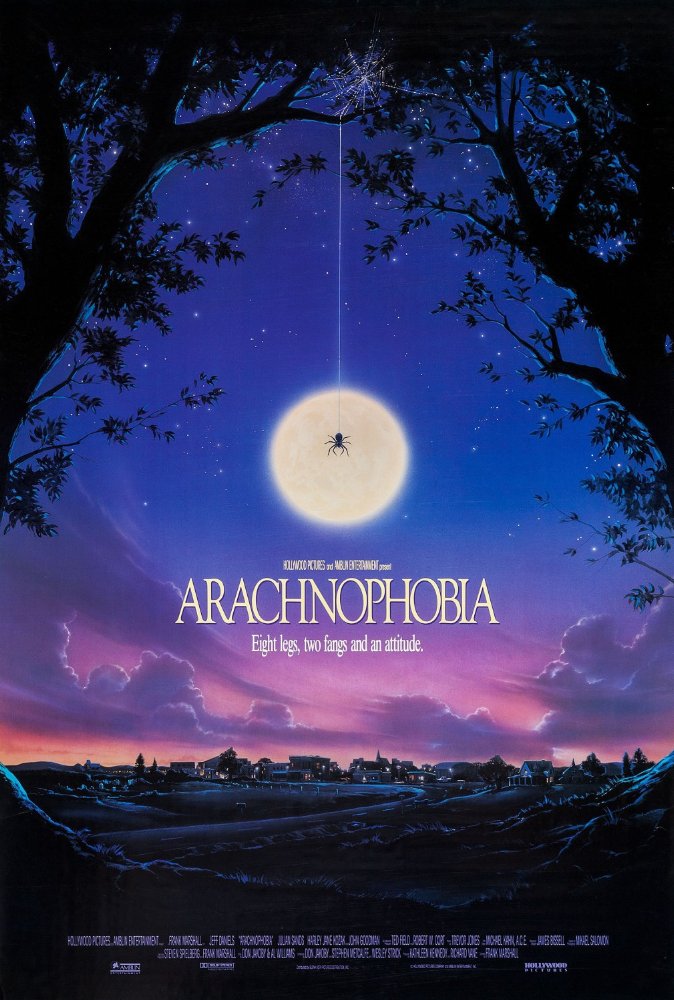 Plot: A new, lethal South American spider is accidentaly shipped to California with a body and begins to breed.

Likely to be more effective on those who suffer from its title condition, but "Arachnophobia" is a fun contemporary killer animal pic.

A seriously unscary comic horror that's likeable as a piece of light entertainment, but don't expect any shocks or chills (unless you REALLY hate spiders...) John Goodman is OK in a cameo as a self-important exterminator, but as a whole it delivers little more than the occasional chuckle.

This movie literally scared the hell out of me. Of course I do have arachnophobia. Never in my life had I seen a spider actually jump from one surface to another but right after seeing this flick at the drive-in upon getting back home I noticed a spider on the wall and when I went to go kill it it jumped, from the wall to my shirt at least a foot away. Not many movies have given me nightmares but the first night after this happened I was grabbing the Raid.

No posts have been made on this movie yet. Be the first to start talking about Arachnophobia!