Plot: A small Canadian town is infected by a zombie virus that appears to be carried not by blood or bite, but rather the English language. -- Topher

An interesting take on the zombie genre. This time it's the English language that cause people to turn into mindless killers instead of biting. Although most of the action remains off-screen, don't reject the film. It's very tense and claustrophobic; make sure to stay through the credits too!

Watching 'Pontypool' is an experience akin achieving Nirvana through the sexual penetration of the ears; the pain is horrendous, but the whole experience is just too unique to not be beautiful. With 'Pontypool', you marvel at its claustrophobic storytelling, but soon you find yourself losing your precious sanity as both the diegetic repetition of words and the mimetic repetition of scenes fills you with fury at how easily and justifiably the filmmakers are getting away with disorienting you. Its constricted narrative conveys a central theme that things lose their meaning when they are perpetually repeated, which suggests that as the film loses meaning it gains more of it.

If I wanted to be pretentious, and I am in a pretentious mood tonight, I'd say it's like someone turned …

Pontypool.
What can you say about Pontypool? A small Canadian town infected randomly by a zombie virus carried not by blood, spit, air or water - but the English Language. Wow, that's damned odd. It's such a surreal, yet brilliant concept that you have to love it.
The film centres around Gant Mazzy, a radio DJ in the small town, alongside his producer, Sydney Briar and colleague Laurel-Ann Drummond. When strange reports from Ken in the 'Sunshine Chopper' come in about attacks, mobs and violent crowds, Grant takes it on himself to relay the horrific news to the public. But things take a turn for the worst when Laurel-Ann takes a turn for the worst, when she is seemingly infected by the rampant virus. It is then when Dr. Mendez arrives from his exploded pharmacy that the hideous … 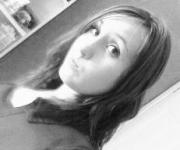 Don't even waste your time.

Wow...what a waste...this could have been a totally killer idea. I mean it attacks at the source of everyone's basic need for communication but it was so poorly done...I basically wasted the two and a half hours of my life watching these idiots try to figure out what to do and what's happening. Then sat there confused but mostly pissed off. You are as clueless as the idiots leading the freak show. It's nothing but them trapped in the radio station everything is just chatter. No gore except for one completely forgettable scene. If you're the kind that just sits and enjoys watching people talk to be let down by one of the crappiest endings in the history of horror movies and trust me...there's tons out there...then watch it. But if not...then don't even give this movie a second glance …

No posts have been made on this movie yet. Be the first to start talking about Pontypool!