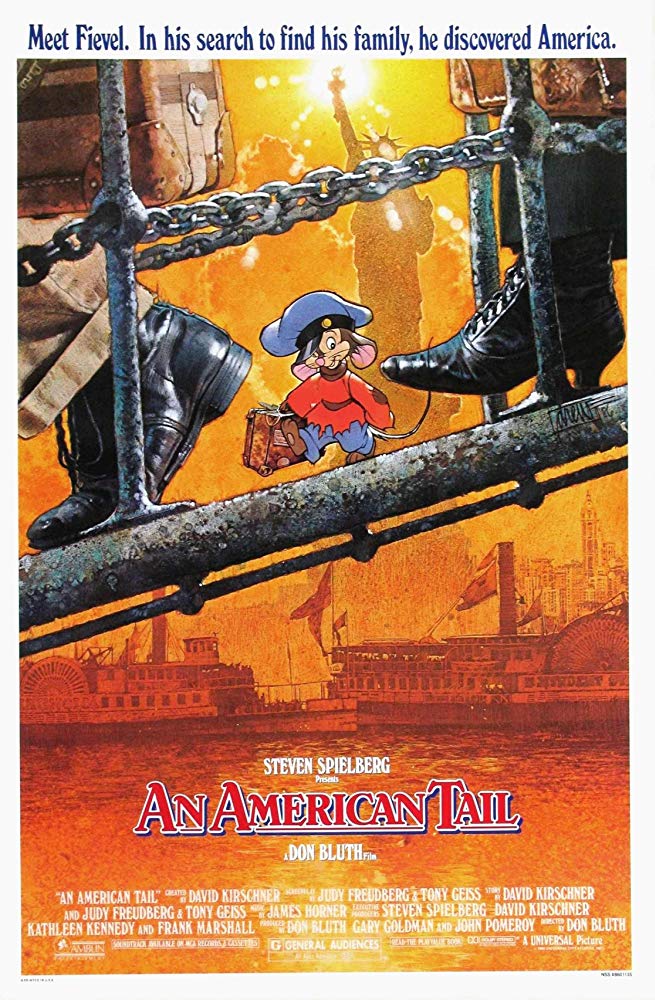 Plot: Fievel, a Russian mouse, is separated from his family as he becomes an immigrant in the U.S. -- sapien

Fievel Mousekewitz and his family of Russian-Jewish mice escape from their homeland in the late 1800s, boarding a boat headed toward America to evade the Czarist rule of the Russian cats. Fievel, however, is separated from his family upon his arrival in New York City, and he discovers to his horror that there are cats in America too (his father said there weren't). Fievel meets his share of friendly and hostile mice. This movie has beautiful and colorful animation that still holds up today and this movie is a little dark at parts with the cats and new York itself but I still enjoyed this movie.

No posts have been made on this movie yet. Be the first to start talking about An American Tail!