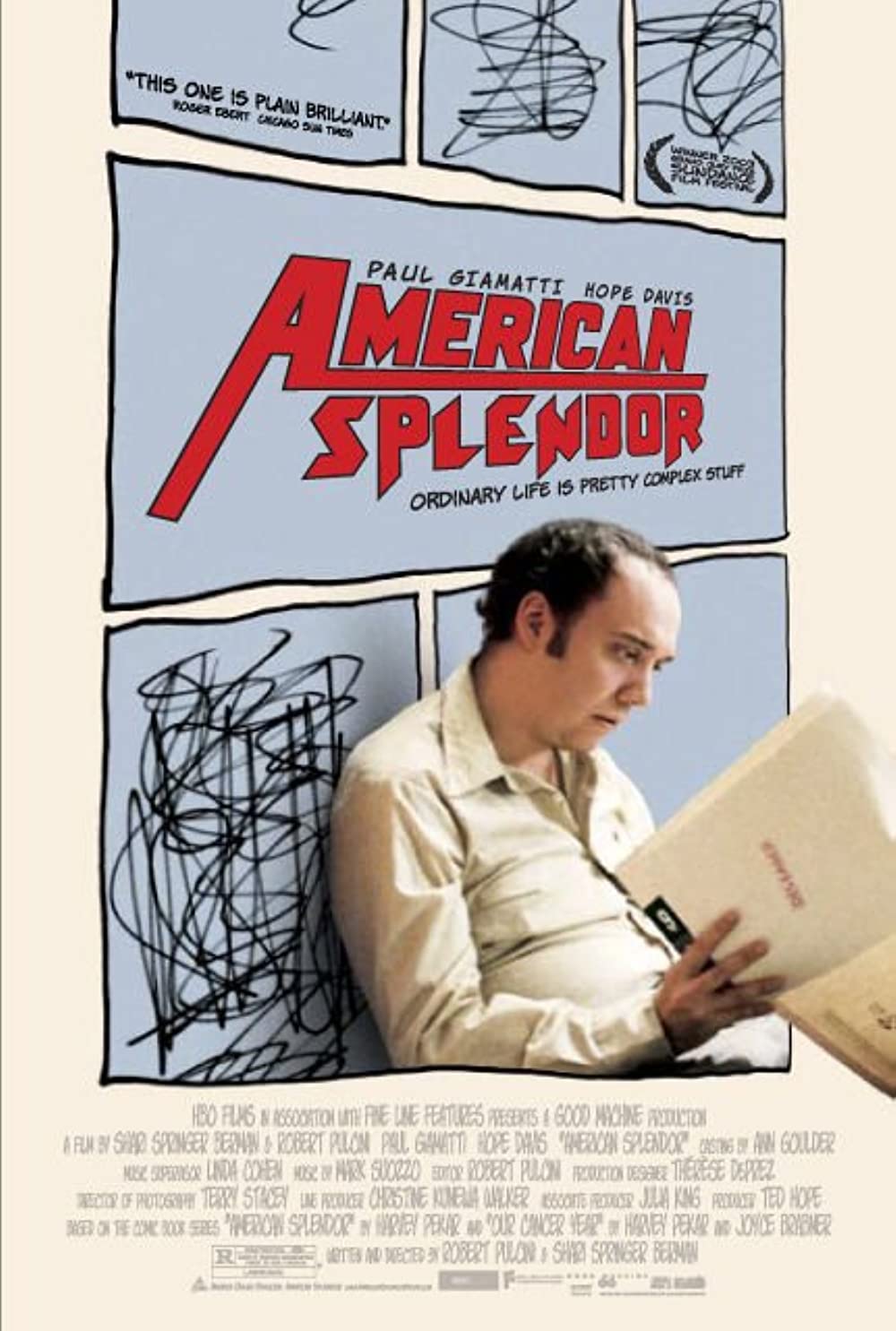 Plot: A file clerk finds success writing comics about an everyday man that people seem to enjoy reading about because of the real people he creates.

What a charming and uplifting little movie. Paul Giamatti is at his grouchy best, but this movie is full of imperfect love and tenacious humor. Harvey Pekar will be missed, but this is a wonderful introduction to his work and personality.

Paul Giamatti gives a great quirky and neurotic performance here. I found this film subtle and enjoyable, but at times it is a little dull and slow-moving.

Excellent film, my favorite movie of 2003.

This is such an original and brilliant bio-pic. In 'American Splendor,' Paul Giamatti plays Harvey Pekar, the comic book creator who became famous as a recurring guest on the David Letterman Show. A resident of Cleveland, Pekar was a socially backward man who found he had the talent to translate the pain, loneliness and frustration of his own unhappy life into universal truths, writing material that other artists would then illustrate in comic book form. He began a series entitled `American Splendor,' which was really an ongoing autobiographical narrative, drawing on people and events in his own life as his source of inspiration. The film, a pseudo-documentary of sorts, tells his life story by cutting back and forth between both staged …

No posts have been made on this movie yet. Be the first to start talking about American Splendor!