Alone in the Dark Movie Information

Plot: A private sleuth who specializes in weird supernatural phenomena is forced to work with his archaeologist ex-girlfriend to defeat the demonic ancient Abskani tribe, which is set to wreak havoc on Earth.

A private sleuth who specializes in weird supernatural phenomena is forced to work with his archaeologist ex-girlfriend to defeat the demonic ancient Abskani tribe, which is set to wreak havoc on Earth. This movie has no brains or any joy to it. Uwe boll is the worst director in movie history.

Another "movie-based-on-a-video-game" masterpiece by Uwe Boll! See, and this is why Christian Slater should stop owing favors. It makes me long for the good ol' days of Kuffs. And Tara Reid as a scientist, really? Can she even spell "archeologist"? And they fight a demon that's gonn... Oh, sorry, I must've fallen asleep there.

it was stupid......nothing more i can say

Uwe Boll is an idiot!!

Uwe Boll, the man who subjected the greater movie-going public to the cinematic abortion that was "House of the Dead," has done it again! Why this man is allowed anywhere near a movie camera or film studio simply does not make the slightest bit of sense. I was smart and rented this before plunking down my hard-earned money on a blind buy. Fortunately for me, that was the far preferrable way to go. Sitting through the first twenty minutes of "Alone In The Dark" is tantamount to having the hairs on your arm pulled out one at a time. The movie is so incredibly convoluted, so audaciously written, and horribly conceived that you are seriously led to wonder why the studio even bothered. Christian Slater's talent was totally wasted. He plain and simply did not belong in this movie. Uwe Boll … 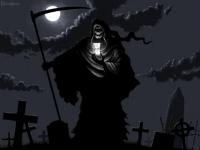 I really wanted to like this movie. Its pedigree--story-wise--was ever so promising. Alone in the Dark was originally a video game that preceded Resident Evil and basically set the tone for the computer RPG survival-horror genre. The lead character in the movie and the game, Carnby, share the same name. Furthermore, the video game was based off of H. P. Lovecraft's 1920s pulp horror writings, which in turn spawned a wonderful horror-survival role playing game called Call of Cthulhu--probably the most popular game in that genre as well. In the movie, there is a Bureau 713, which is clearly a reference to a series of pre-X-Files books about paranormal investigators working for the government. In theory, and with some decent writing, this movie could have drawn upon a very rich tradition …

Uwe Boll must be stopped!!!

Uwe Boll became known to the world with the video game horror based film House of the Dead. After the horrible reviews and box office, someone somewhere decided to let Uwe Boll destroy another video game franchise, this time it's another horror video game, Alone in the Dark. Which frankly is how you should watch the movie, if you have to that is.
Alone in the Dark goes wrong in so many directions, the first would have to be the screenplay, which has too many plot holes and confusing storyline that no one can tell what is going on. Throw into the mix a director that has no clue what he is doing except throwing an explosion here and a shootout there. Boll did one thing right, make the movie about soldiers shooting creatures, instead of your everyday party goers, such as seen in …

Worst 8 of 2005 by Stoney McStonerson

No posts have been made on this movie yet. Be the first to start talking about Alone in the Dark!