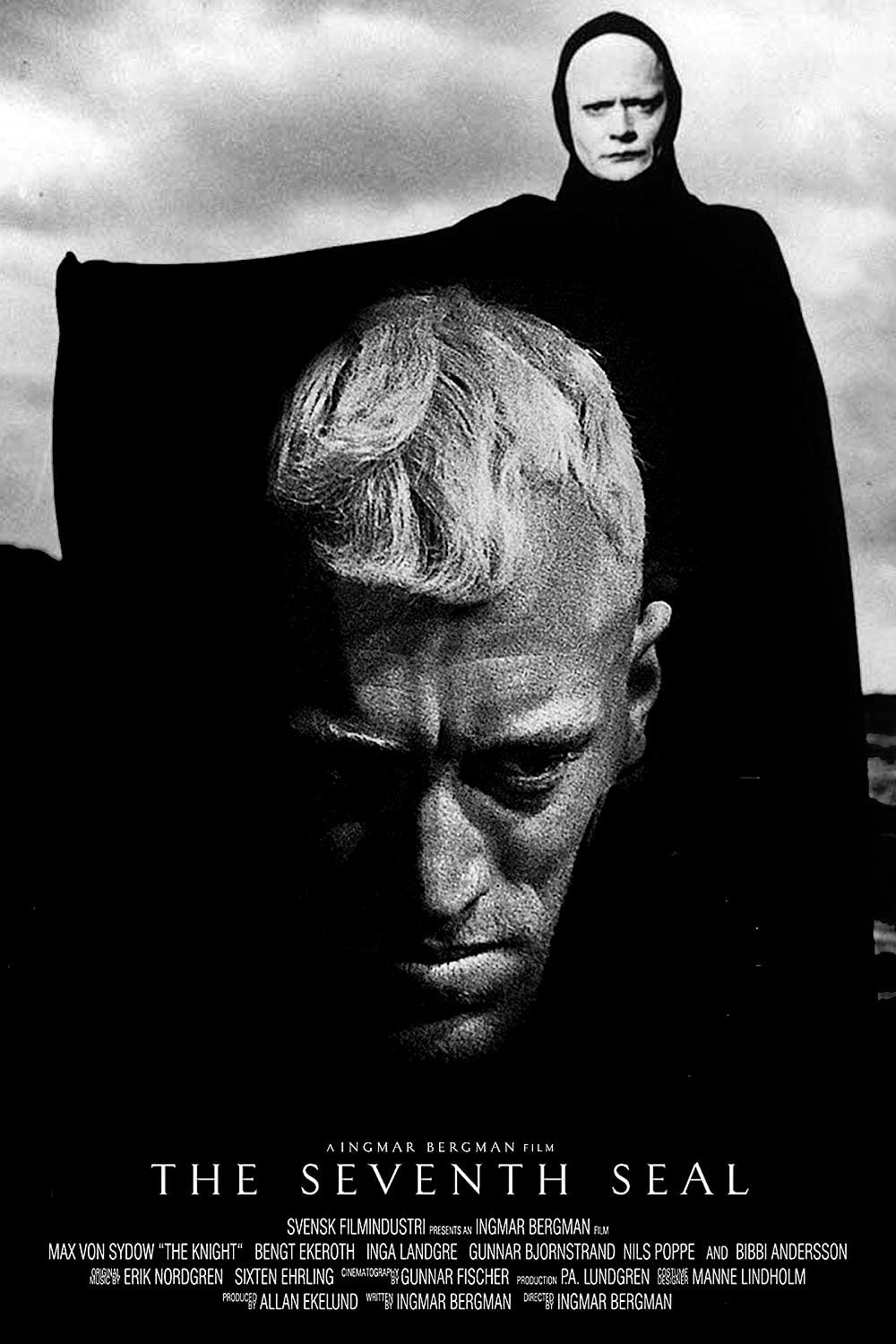 Plot: During the black plague a man is introduced to the Grim Reaper where he questions the existence of God and life in general.

The harder you try to wrap your head around it, the less you'll truly appreciate it. It's best to watch "The Seventh Seal" for what it is: a cerebral and existential portrait of crusade-era Sweden that stands as a solemn reminder that death comes for us all.

An iconic Bergman work that thrives on symbolism. It is occasionally slow-moving, but the layers of meaning are rich and the entire effect of the film is haunting.

A work of empyreal melancholia (something of an oxy-moron, I know) and inoffensive jocularity, 'The Seventh Seal' is Bergman's, if not Sweden's, greatest film.

Is it really that good? Hmm, we'll see about that.

Admittedly, I can see why this oft-touted example of world cinema is so highly acclaimed. The cinematography, the symbolic imagery, the atmosphere, the acting is all top-notch stuff. Is it so worthy of its reputation? Well I've only seen it once thus far and I was pleased to have found it accessible for me to comprehend and surprisingly humorous despite the macabre subject matter of death and pestilence affecting a medieval community. Max Von Sydow gives a great performance as his weary protagonist interacts with characters like the worldly squire Jof, the oafish blacksmith Plog, the sly actor Skat, and the cunning figure of Death itself. The grimy and dank setting is effective at conveying the characters' collectively dismal prospects. Despite having so much going for it and usually …

A film about nothing and everything.

Ingmar Bergman is a master of... a lot of things.
He used framing perfectly, knew who to cast, knew what duration to pan into a shot, and to me is easily comparable to Stanley Kubrick through his directorial style. At this point, I have not seen many of his films, but of the ones I have seen, I have nothing to say except that they are a slice from heaven.
The Seventh Seal in particular holds a place close to my heart. It has everything I love. Great acting, a lengthy screenplay and philosophical dialogue. Even though it's in black and white, it feels like it's in color. You don't need color to imagine. I knew the strawberries and milk in that bowl were red and white. I knew Antonius Block's hair was sparkling blonde. I knew squire JÃ¶ns' heart was glowing with courage. I didn't need …

"The Seventh Seal" by Yojimbo

A knight freshly returned from the crusades challenges Death to a game of chess with the life of he and his entourage as the stakes, hoping to buy time to discover the meaning behind life and what follows. The reputation of a film like The Seventh Seal most certainly precedes it; consistently voted as one of the greatest films ever made, it was far from what I expected. It is a modern day Memento Mori and the collection of disparate medieval characters offering their own perspectives on life coloured with broad strokes of bawdy humour reminded me a lot of Chaucer's The Canterbury Tales and each obviously represents a different perspective on life and death and how we approach them. Rather than a story driven narrative, the film is more a deeply personal window onto Bergman's own angst …

Films With Atheist Characters by Oldpinkdogbar

No posts have been made on this movie yet. Be the first to start talking about Seventh Seal, The ( Det Sjunde inseglet )!