Plot: A spy from the union steels a man?s train. He is determined to get it back by himself no matter what it takes. Silent

Likable comic adventure. The train sequences are quite fun.

A Civil War breaks and train engineer Johnnie Gray (Keaton) is rejected by the Army because of his value in the South. Annabelle Lee (Marion Mack) becomes a prisoner of a stolen train. The settings and story were well though of. Keaton's talents are in full throttle here. Still not enough laughs on the flick but the premise and soundtrack were entertaining. The General had one of the best stunts in its time and is one of the influential comedies produced.

Comedy is subjective. Specifically talking about the art of cinema, the very first face that comedy adopted is the slapstick subgenre. What are the main characteristics of slapstick comedy? Intelligent gags, violence-oriented hyperactivity, action humor, exaggerated facial expressions, comical characters and hilarious, nonsense dialogues. Most of the times, however, especially during the silent era, such stories were addressed with romance. Romance served the purpose of appealing peaceful audiences and, most of the times, for strengthening the audaciousness and characteristic motivations of the main character, decisions that would lead him to a memorable climax and a demanding happy ending. Charles Chaplin understood it; Harold Lloyd and his several directors applied the aforementioned …

"There were two loves in his life."

Most people are not inclined to watch silent films. To a point, this is understandable--movies wouldn't have become what they have, or have had their longevity, if they had remained deprived of sound. But anyone with even a cursory knowledge of film has seen multiple great scenes carried out wordlessly. And silent comedy is, if approached with an open mind, surprisingly accessible and entertaining, especially when performed by a genius like Buster Keaton. The stunts performed by Keaton in The General (and his other films) are remarkable, and real. There is a sense of timing and an appreciation for the demanding calculus that heightens the enjoyment in watching Keaton's misguided engineer wend his way unwittingly through Civil War battlelines. The graceful, inventive visuals …

Top Films of 1927 by Neobowler 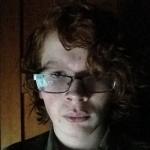 Does anyone know the exact date that the train that fell in the river was scrapped during WW2?