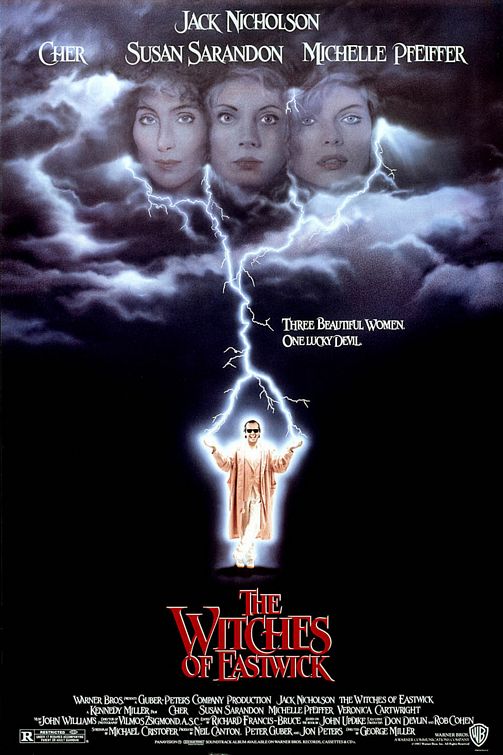 Plot: Three bored housewives conjure up the man of their dreams: rich, single, sensual... and plenty of trouble. Too late they realize this is no man, but the devil, and he has a plan all his own. -- Chris Kavan

This movie just made me uncomfortable. I only watched it because of Cher.

Another of those films that are only noteworthy because of Jack Nicholson's presence. I'm clearly in a minority of one, but I thought this was little more than an episode of Sex In The City with a bit of magic thrown in.

Nicholson is a great devil. The ladies are great as the witches. Funny and sometimes scary -- but also sometimes corny. Liked it.

No posts have been made on this movie yet. Be the first to start talking about Witches of Eastwick!